Dhanush Srikant topped the qualification round with 629.7 points. 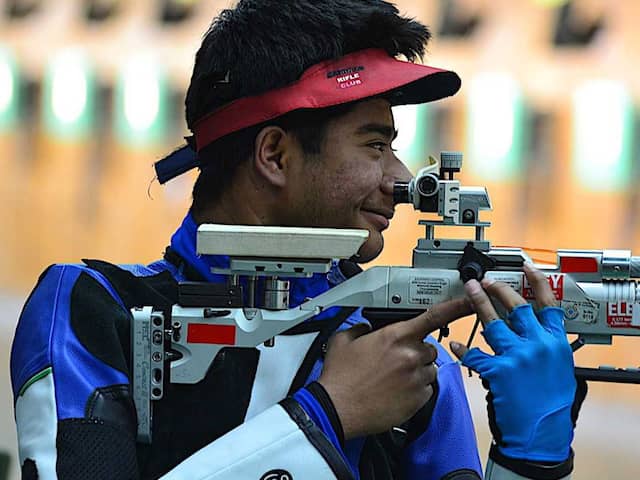 Dhanush Srikant, from Telangana, caused a major upset in men's under-21 10m air rifle final as he defeated two-time Junior World Cup bronze medallist Arjun Babuta on Friday in the Khelo India Youth Games 2019. Dhanush shot 248.9 in the final to register his best score. With a consistent performance throughout the day, Dhanush topped the qualification round with 629.7. The 16-year-old, who has been shooting for just over two years, showed nerves of steel in the final being ahead of his competitors after each shot. Yash Yogesh (247.6) from Goa earned a silver medal while Babuta, who failed to hit top form, finished third with 225.6 points.

“I was not affected by who else was in the final. I wanted to score at least 10.7 with shot,” Dhanush, who has a hearing disability, said, through his interpreter and mind-trainer Kritika Pandey.

“I am glad that my coach (Neha Chauhan) taught me the value of having a proper follow through and I was able to secure my best score in the final to follow up my best in qualification,” he added.

Arjun Babuta, who won Junior World Cup bronze medals in the Gabala in 2016 and in Sydney last year, was third in qualification and remained in that spot in the final.

The under-17 final saw a nail-biting contest as Madhya Pradesh's Avinash Yadav edged past Divyansh Singh from Rajasthan with a slender 0.2 point margin. Yashvardhan finished in third spot with 228.1 points.