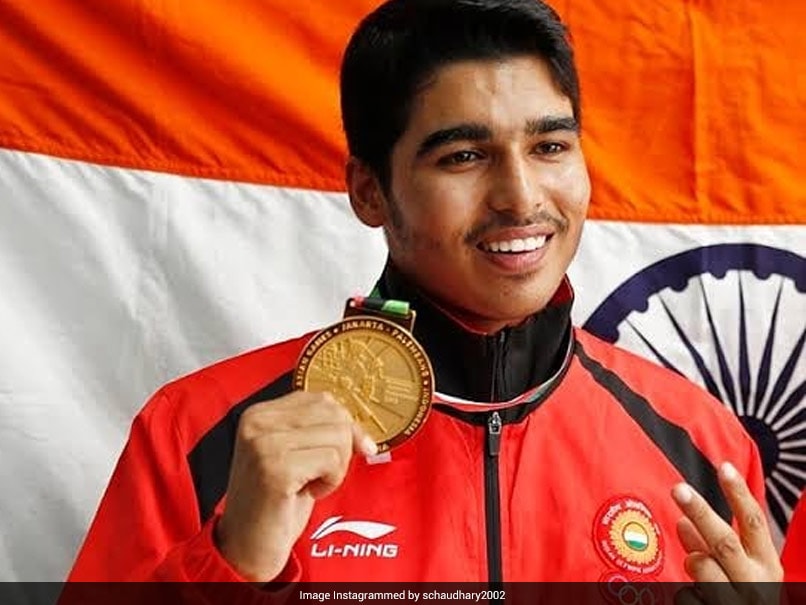 India's Saurabh Chaudhary and Abhishek Verma settled for the silver and bronze medals respectively in the men''s 10m air pistol final on the second competition day of the ISSF World Cup here on Saturday. The fancied world number four Chaudhary was humbled in the final shot by Iran''s Javed Foroughi, currently ranked 107th in the ISSF rankings. Foroughi, who had only 14 seconds on the clock to fire his final shot, scored a winning 10.5 after the 18-year-old Chaudhary managed 9.8 in his last attempt of the gold medal round.

Foroughi shot a total of 243.6 to claim the top prize and Chaudhary fired 243.2 to win silver while Verma aggregated 221.8 to bag the bronze at the Dr Karni Singh Shooting Range.

Former world number one Indian Shahzar Rizvi bowed out in fifth place with a score of 177.1.

Three successive 9.6 by the Iranian opened a window of opportunity for Chaudhary, but the 41-year-old Foroughi sealed the issue in his favour with his last shot in an exciting final.

Earlier in the day, Youth Olympic and Asian Games gold medallist Chaudhary topped the qualifications with 587 after a sequence of series that read 96 98 97 98 99 99.