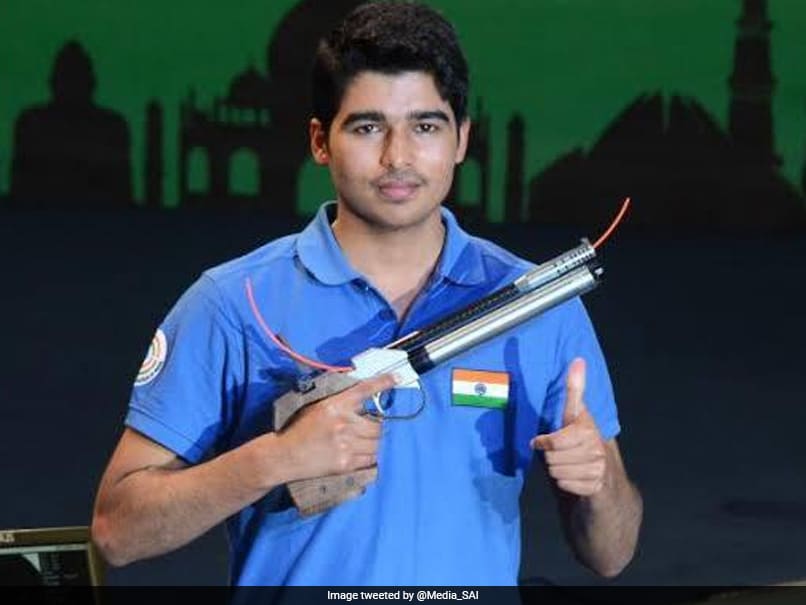 Shooter Saurabh Chaudhary got India off the mark as he clinched the bronze medal in men's 10m air pistol at the shooting World Cup in Osijek on Thursday. The Sports Authority of India (SAI) congratulated Saurabh as the shooter clinched India's first medal on the opening day of the showpiece event. Abhishek Verma, the other Indian shooter in the final, finished fifth. "Many congratulations to #Tokyo2020 bound @SChaudhary2002 as he wins the in men's 10m air pistol at the @ISSF_Shooting World Cup in Osijek, Croatia," SAIMedia tweeted.

A total of 520 shooting athletes from 47 countries assembled in Osijek for the event.

The ISSF World Cup bandwagon set rolling in Cairo, Egypt, in February this year, with a Shotgun-only world cup, and the first combined world cup was then held in New Delhi, India, in March.

Since then, there has been another Shotgun World Cup in Lonato, Italy, which makes the Osijek competition the fourth Shotgun and the second Rifle and Pistol World Cup for the year.

India will send 15-shooters to the Summer Olympic Games this time around and the 13 at Osijek have been training in Croatia for close to two months now. The two Skeet shooters for Tokyo, Mairaj Khan and Angad Bajwa, are training in Italy and have opted out of the World Cup basis advice from their coaches. That leaves India without an entry in the Shotgun category.

India have off-late dominated the ISSF World Cups, particularly in Rifle and Pistol events and have finished on top of the medals tally in the previous New Delhi combined world cup as well.

Comments
Topics mentioned in this article
Shooting
Get the latest updates on India vs Australia and check out  Schedule, Results and Live Score. Like us on Facebook or follow us on Twitter for more sports updates. You can also download the NDTV Cricket app for Android or iOS.