Manu Bhaker and Anmol dominated the event from the very start and entered the final with the highest qualification score. 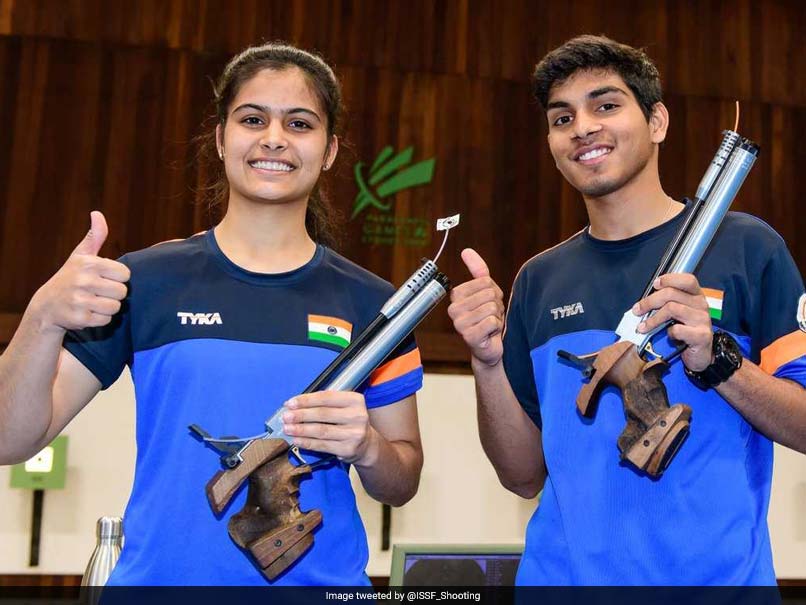 The duo of Manu Bhaker and Anmol secured India's seventh gold medal in the ISSF junior World Cup by winning the mixed 10m air pistol event with a qualification world record. Genemat Sekhon bagged an individual bronze medal in the junior women's skeet, shooting a 36 in the final. Bhaker and Anmol dominated the event from the very start and entered the final with the highest qualification score and a new junior qualification world record. They finished with a 5.6 advantage on their closest rivals, China's Liu Jinyao and Li Xue.

The two Indian youngsters dominated the final match since its very first series, progressively building a gap between them and their closest rivals. They eventually finished with 478.9 points, just 1.8 points away from the current world record.

A second Indian team, comprising 18-year-old Gaurav Rana and 19-year-old Mahima Turhi Agrawal, finished at the feet of the podium, leaving the final at the 38th-shot mark with 370.2 points and fourth position.

Finishing 11.2 points away from the fifth place because of a dry-fire shot and also suffering a 1.0-point reduction Australia's Hans Ben Hummer (18) and Sascha Kroopin (16) took the sixth place with a final score of 320.9.

Overall, India are in second place with 17 medals, including seven gold.