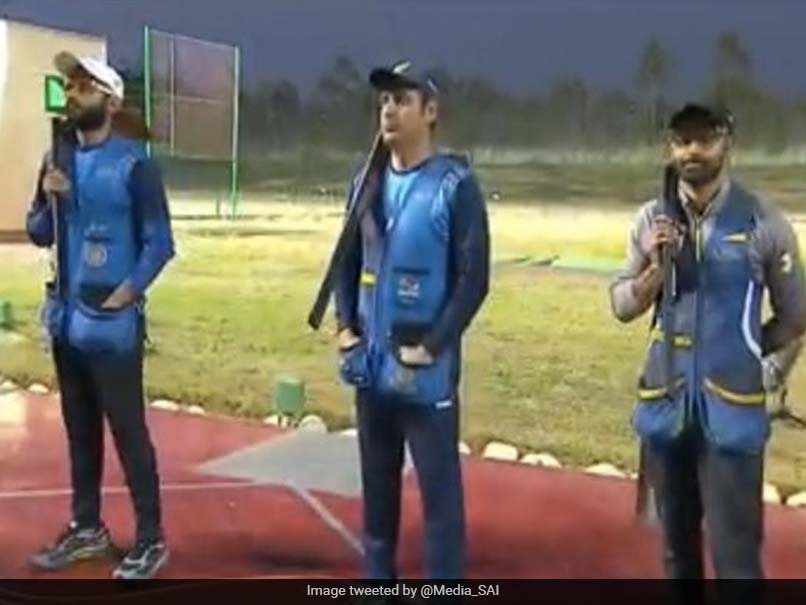 The trio reached the bronze medal match when they combined to shoot a score of 491 after the qualification stage comprising seven rounds of 25 shots each on Friday evening.

They could have made it to the finals too, but lost a shoot-off to the Russians 6-5. Bajwa was the star of the bronze medal match, hitting all his 16 targets.

Russia won the gold medal, beating the Czech Republic 6-0 in the finals.

The Indian women's team, comprising Ganemat Sekhon, Parinaaz Dhaliwal and Karttiki Singh Shaktawat, also made it to the bronze medal match, but lost out to the Kazakhs narrowly with the final score reading 4-6.

They had earlier shot 462 to qualify for the bronze medal match. Here too, Russia won the gold and the Czech Republic the silver with the result going 6-2 in favour of the champions.

Earlier on the second competition day in the Egyptian capital, Indian shooter Gurjoat narrowly missed out on a chance to advance to the finals of the men's individual skeet competition.

Despite two solid final qualification rounds of 24 and 25, Gurjoat's score added up to 119 at the end of five rounds, giving him a credible 10th place finish.