The year saw the end of Usain Bolt's era and the shocking exit of Italy from the FIFA World Cup qualifiers. 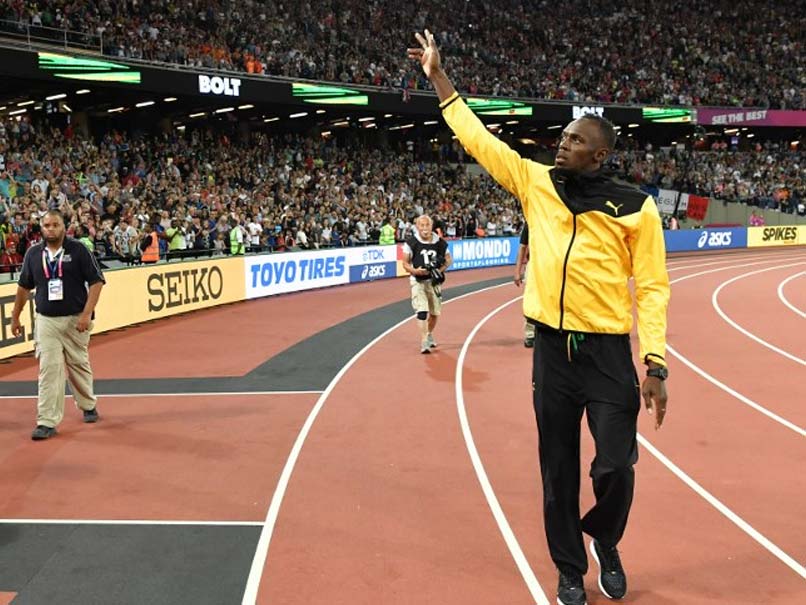 Usain Bolt's glittering career came to an end in 2017.© AFP

Sports fans experienced an absolute roller-coaster ride in 2017, thanks to remarkable athletes pushing their limits in a bid to strive for excellence. From golf to athletics, 2017 produced some of the most iconic and memorable sporting moments, which are bound to stay with fans for a really long time. In 2017, sports also provided a healing touch to people across the globe. But sport in its truest sense is about pure entertainment and the world's premier athletes certainly induced myriad emotions among the sporting community. 2017 had it all - sustained sporting drama, heartbreaks and landmark moments.

Usain Bolt's glittering career came to a crashing end when he pulled up injured on the anchor leg of the World Championship 4x100m relay, won by Britain. Bolt received the baton with Jamaica in third, but halfway down the finishing straight the towering sprinter pulled up clutching his left thigh, eventually doing a forward somersault to the ground, to gasps from the sell-out 60,000 crowd at London Stadium.

Since confirming his sprinting dominance with triple gold at the 2008 Beijing Olympics, Bolt spent nine seasons amassing 19 global golds, 13 of which have come in individual events. Allied with a charismatic personality, it has guaranteed Bolt recognition as one of the world's most successful sportsmen. Last year alone he earned $34.2 million, according to Forbes.

Brady became the first quarterback in history to win five Super Bowls after the Patriots overturned a 28-3 third quarter deficit to snatch a sensational victory at Houston's NRG Stadium.

Brady, 39, collapsed to the turf with emotion after James White burrowed over from close range to score the winning touchdown on the opening drive of overtime.

It completed an incredible comeback for the Patriots, who had looked dead and buried after the Falcons scored three first-half touchdowns and an early score in the third quarter to power 25 points clear.

No team had ever come back from more than 10 points to win the Super Bowl before, and the Patriots looked to be heading for a crushing defeat as the Falcons ran riot.

But Brady, who had looked a pale imitation of himself for much of the game, suddenly fired into life in the second half to produce a performance that will go into National Football League folklore. 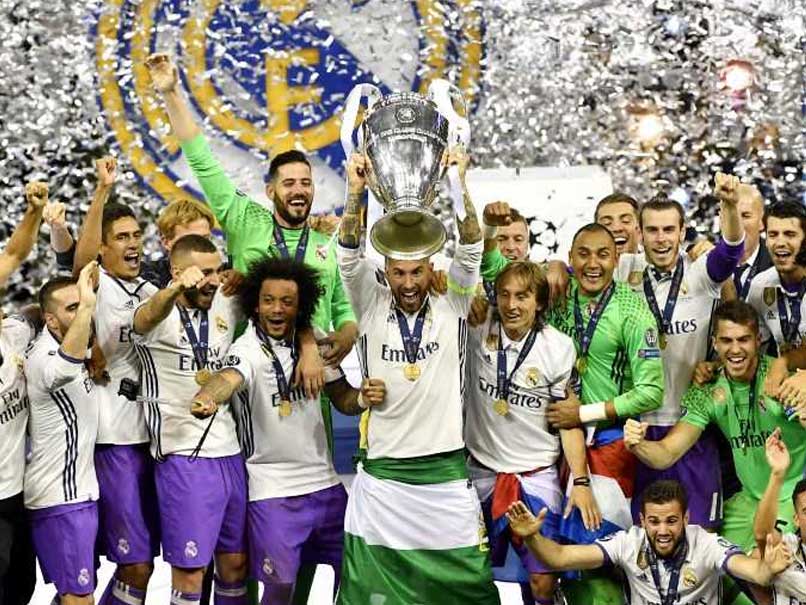 Cristiano Ronaldo's second-half free-kick ensured that Real Madrid picked up a fifth trophy of 2017 by beating Gremio 1-0 in Abu Dhabi to retain the Club World Cup.

A third Club World Cup in four years brings Madrid level with rivals Barcelona as the most successful side in the competition's history and adds to the La Liga, Champions League, UEFA Super Cup and Spanish Super Cup titles already won by Zinedine Zidane's men this year.

Ronaldo was once again Real's man for the big occasion as his strike went through the Gremio wall eight minutes after the break to ensure the European club champions were also crowned world champions for a fifth straight year.

Serena Williams created history when she beat sister Venus to clinch the 2017 Australian Open women's singles title. The 6-4, 6-4 win at the Rod Laver Arena helped the younger Williams sister to go past Steffi Graf's Open-era record of 22 Major titles and also reclaimed the World No.1 ranking. With 23 Grand Slam titles in the bag,

Serena is now just one behind Margaret Court's all-time mark of 24.

The two Williams sisters have now faced each other nine times in Grand Slam finals with Serena holding a 7-2 edge after her latest victory.

Floyd Mayweather outclassed Conor McGregor with a 10th-round stoppage to win their money-spinning superfight and clinch his 50th straight victory.

The end came with a tired McGregor doubled over on the ropes as Mayweather landed two hard left hooks, prompting referee Robert Byrd to intervene and declare a technical knockout.

It was an explosive finale to their much-hyped contest at the T-Mobile Arena which proved surprisingly competitive in the early rounds as McGregor managed to land a string of scoring punches.

But once Mayweather began to find his range and McGregor wearied rapidly, there was only going to be one winner.

Sparked by 39 points from Kevin Durant and 34 from Stephen Curry, the Golden State Warriors won their fifth NBA title, beating Cleveland 129-120 to capture the NBA Finals for the second time in three seasons.

Golden State took the best-of-seven series 4-1, reclaiming the throne they lost to the Cavaliers a year ago. The Warriors completed a 16-1 playoff run, the best post-season win percentage in NBA history.

It was the first career NBA title for Durant, who left Oklahoma City last July to join the Warriors amid expectations he and Golden State would fill trophy cases.

Garcia took his emotional, long-sought triumph over England's Rose, the 2016 Rio Olympic champion and 2013 US Open winner, after they finished deadlocked on nine-under par 279 for 72 holes at Augusta National.

The 37-year-old Spaniard achieved the greatest triumph of his career on what would have been the 60th birthday of his idol, two-time Masters champion and three-time British Open winner Seve Ballesteros, who died of brain cancer in 2011 at age 54.

Lewis Hamilton clinched his fourth Formula One drivers' world championship in unexpected but dramatic fashion when, after a first lap collision with title rival Sebastian Vettel, he finished ninth in the Mexican Grand Prix. The 32-year-old Briton, who would have needed to finish in the top five to be sure of the title if Vettel had won the race, battled from last position in his Mercedes after suffering a puncture that needed an opening lap pit-stop as Dutchman Max Verstappen won the race for Red Bull.

Hamilton's title triumph made him the first Briton to be a four-time champion, elevating him clear of Jackie Stewart, and alongside Vettel and Frenchman Alain Prost.

Only German Michael Schumacher with seven titles and Argentine Juan-Manuel Fangio on five have claimed more championships than the Englishman.

Roger Federer won a record eighth Wimbledon title and became the tournament's oldest champion with a straight-sets victory over injury-hit Marin Cilic who dramatically broke down in tears midway through the final. Federer claimed his 19th Grand Slam title 6-3, 6-1, 6-4 and at 35 is Wimbledon's oldest men's winner of the modern era, succeeding Arthur Ashe, who was almost 32 when he won in 1976.

However, the Swiss superstar's 11th Wimbledon final, and 29th at the majors, will also be remembered for the moving sight of the popular Cilic breaking down in tears after slipping 3-0 behind in the second set

Italy failed to reach the World Cup for the first time since 1958 as they were held to a 0-0 draw by Sweden in the second leg of their play-off at the San Siro, who qualified with a 1-0 aggregate victory.

The four-time champions dominated possession but struggled to create enough clear-cut chances, as Sweden secured a first appearance at the finals since 2006 courtesy of Jakob Johansson's first-leg strike in Stockholm.

It was the third time that the Italians will not compete at the World Cup, after not going to the first edition in 1930 and not qualifying for the 1958 finals in Sweden.

It marked the end of an era for iconic goalkeeper Gianluigi Buffon who will not be able to compete in a record sixth World Cup.

At 39, the 175-times capped Buffon had announced that the finals in Russia would be his last as a player for the national side.

Comments
Topics mentioned in this article
Other Sports Usain Bolt Real Madrid Italy
Get the latest updates on ICC T20 Worldcup 2022, check out the Schedule and Live Score. Like us on Facebook or follow us on Twitter for more sports updates. You can also download the NDTV Cricket app for Android or iOS.