On live TV Kim Bo-reum blamed teammate Noh Seon-yeong, who fell a long way behind during the race. 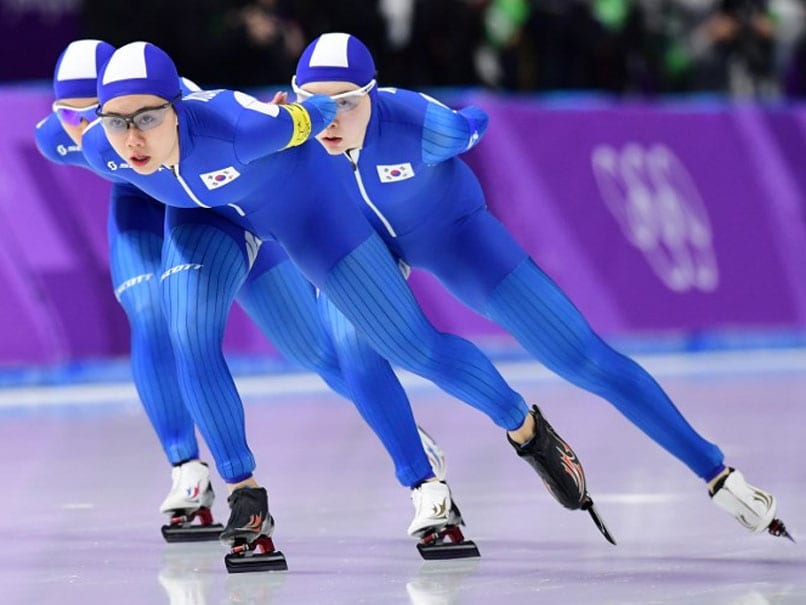 South Korean speed skaters faced an angry backlash on Tuesday after shaming a teammate in a live interview, prompting calls for their expulsion from the Olympic team. Kim Bo-reum and her team finished seventh in the 500m team pursuit Monday, failing to qualify for the semi-finals at the Pyeongchang Winter Olympics. On live TV Kim blamed teammate Noh Seon-yeong, who fell a long way behind during the race. "We were skating well," Kim said. Then she sniggered and added: "But the last skater (Noh) couldn't keep up and we had a disappointing score."

Park Ji-woo, also in the team, added: "It wasn't that we didn't think this would happen with Sun-yeong... "

Television footage showed Noh bursting into tears after the race, but Kim and Park ignored her.

Angry South Koreans started a petition demanding that Kim and Park be expelled from the national team. More than 222,000 people had signed up as of Tuesday morning.

"It is a clear national disgrace that such people with a personality problem are representing a country in the Olympics," read the petition posted on the official website of South Korea's presidential office.

"We are petitioning that Kim Bo-reum and Park Ji-woo forfeit their rights as national athletes and be banned from international competitions including the Olympics."

Kim closed down her Instagram account hours after facing a flood of negative comments from outraged fans. Her sponsor, sportswear manufacturer NEPA, reportedly said it will not be renewing her contract when it expires at the end of the month.

The Korea Sports and Olympics Committee declined to comment on calls for the expulsion the two skaters.