South Korea President Moon Jae-in, who hopes to use these Games as an opportunity to engage with the North, warmly greeted the US President Donald Trump's daughter Ivanka. 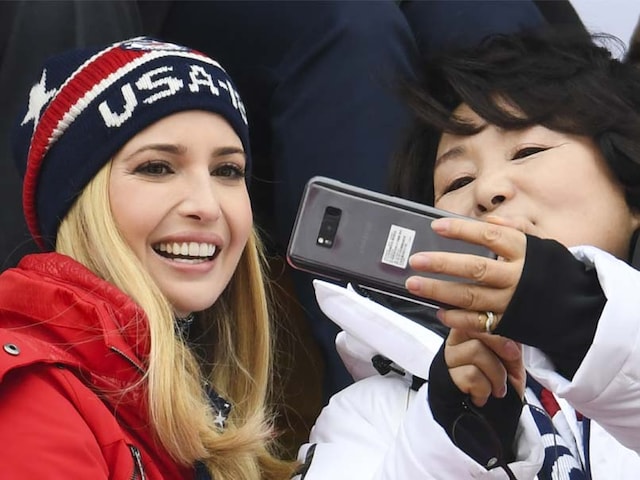 South Korea brought the curtain down on its "Peace Games" on Sunday, with winter sports athletes dancing and singing together at a vibrant closing ceremony, though there was little warmth between dignitaries from the United States and North Korea. South Korea President Moon Jae-in, who hopes to use these Games as an opportunity to engage with the North, warmly greeted U.S. President Donald Trump's daughter Ivanka before offering a brief handshake to North Korean delegation leader Kim Yong Chol. Despite the cool body language, Moon's efforts may be bearing fruit. The South's presidential office said on Sunday that members of the North Korean delegation had expressed the North's openness to talks with the United States.

Trump sat front and centre, besides Moon's wife, while North Korea's Kim was seated a row behind, decked out in a long black jacket and furry hat. Sitting two seats along from him was General Vincent Brooks, the commander of U.S. Forces Korea.

Kim's appearance at the closing ceremony has been greeted with outrage by some in South Korea. The former North Korean intelligence chief is accused of having been behind a deadly 2010 attack on a South Korean warship.

South Korean protesters tried to block Kim's motorcade to the closing ceremony earlier in the day.

Despite the divisions and distrust between the two Koreas, they agreed to have their athletes march together at both the opening and closing ceremonies under a banner of unification. They also fielded a unified women's ice hockey team.

International Olympic Committee (IOC) President Thomas Bach paid tribute to the athletes, saying they were an example to the world.

"In this, we are driven by our faith in the future."

Bach signed off by calling upon the youth of the world to gather in Beijing in four years' time for the 2022 Winter Games.

With the ceremony showcasing cutting-edge South Korean technology and a remarkable drone show that dotted out the image of the Games mascot Soohorang, a white tiger, in the night sky, athletes marched into the stadium, many wearing their medals.

The Russian flag, absent at the opening ceremony, was again nowhere to be seen after the IOC decided not to lift the suspension on their country.

It was a bitter-sweet day for Russian athletes, who after savouring the high of winning a nail-biting men's ice hockey final on Sunday then had to march without their flag.

Russians were forced to compete as neutral athletes at Pyeongchang, an IOC punishment for years of drug scandals involving allegations that Russia ran a systematic, state-backed drug-cheating programme.

© Thomson Reuters 2018
Comments
Topics mentioned in this article
Other Sports
Get the latest Cricket news, check out the India cricket schedule, Cricket live score . Like us on Facebook or follow us on Twitter for more sports updates. You can also download the NDTV Cricket app for Android or iOS.