Will Try My Best To Carry On Good Work Done By Kiren Rijiju: Anurag Thakur

Anurag Thakur, who took over as the sports minister from Kiren Rijiju, said he will do his "level best" to carry forward the good work done by his predecessor. 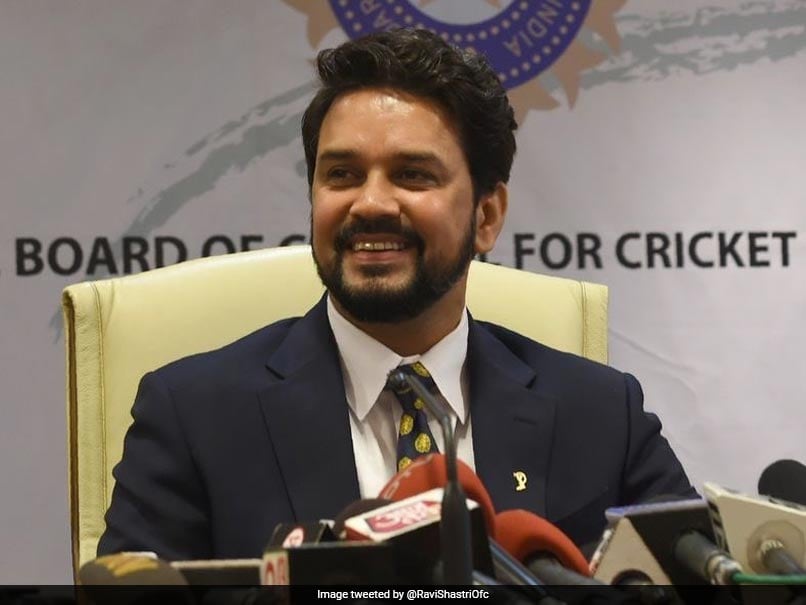 "With the team, I will work to promote sports in our country. We will take sports federations, associations in consideration,"  he said.

"World's biggest cricket stadium was made and it was all due to how Prime Minister Narendra Modi sees sport. I will think on all aspects to include young generation in sports nation building and I will try to do my best," he added.

The 46-year-old MP from Hamirpur in Himachal Pradesh was among the 15 new Cabinet Ministers who took oath in the first major rejig and expansion of the Prime Minister Narendra Modi government after it returned to power for a second term in May 2019.

The passing of the baton of the Sports Ministry comes just 15 days ahead of the Tokyo Olympics and Thakur would now be looking to carry forward the work done by Rijiju.

Thakur was earlier the President of the Board of Control for Cricket in India (BCCI) and he had held the post from May 2016 to February 2017. Before that, he was also the head of the Himachal Pradesh Cricket Association (HPCA).

Rijiju has now been given the charge of the Ministry of Law and Justice.