A WADA panel has recommended Russia be barred from all sporting competition for four years after accusing Moscow of falsifying laboratory data handed over to investigators. 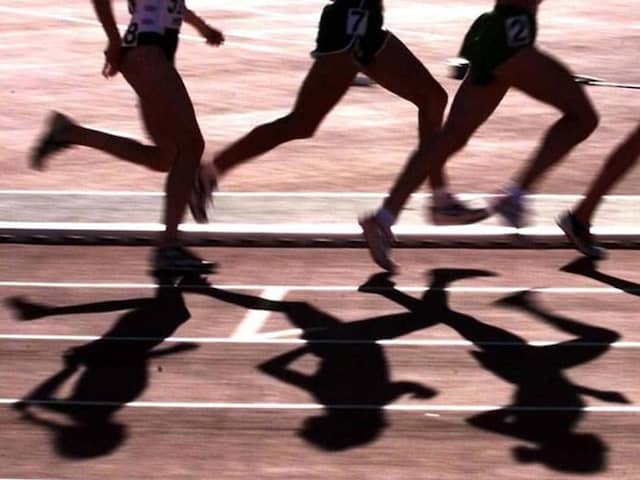 A key World Anti-Doping Agency (WADA) panel has recommended Russia be barred from all sporting competition for four years after accusing Moscow of falsifying laboratory data handed over to investigators, the global anti-doping watchdog said on Monday. In a bombshell statement, WADA's Compliance Review Committee (CRC) called for the sanctions, which would see Russia banned from next year's Tokyo Olympics, to be approved at a meeting in Paris on December 9. The WADA committee has also recommended Russia be barred from staging or bidding for major international sporting events for a four-year period -- potentially placing Saint Petersburg's status as one of the venues for the Euro 2020 football tournament in jeopardy.

If the sanctions are approved by WADA's Executive Committee, Russia can appeal the decision to the Court of Arbitration for Sport.

The proposed punishments followed what WADA investigators described as "an extremely serious" case of non-compliance "with several aggravating features."

The recommended four-year ban comes after WADA investigators examined data from Russia's doping-tainted Moscow laboratory, which was handed over to WADA in January.

Full disclosure of the data from the Moscow lab was a key condition of Russia's controversial reinstatement by WADA in September 2018.

The Russian Anti-Doping Agency (RUSADA) had been suspended for nearly three years previously over revelations of a vast state-supported doping program.

However WADA said in its statement on Monday that the data handed over was beset with problems, describing it as "neither complete nor fully authentic."

It said hundreds of adverse analytical findings had been removed while underlying raw data and PDF files had been deleted.

While some of the deleted findings had taken place in 2016 or 2017, when the Russian doping scandal first erupted, other information had been removed in December 2018 or January of this year -- shortly before the data was delivered to WADA.

WADA also said someone in the Moscow laboratory had planted fabricated messages in a key database -- between November 2018 and January 2019 -- in an attempt to support a theory that doping whistleblower Grigory Rodchenkov had dripped false entries into the system as part of an extortion plot.

The four-year sanction was one part of a range of punishments the CRC has recommended be approved by WADA's ExCo next month.

As well as a ban from sporting competition, the WADA committee had recommended Russia be forbidden from hosting or bidding for any major event. For events already awarded to Russia, hosting rights must be removed unless "it is legally or practically impossible to do so," WADA said.

That potentially could impact Saint Petersburg's staging of games at Euro 2020. The Russian city is due to host three group games and a quarter-final in the tournament.

Russian government officials would also be barred from attending any major events.

Individual Russian athletes may still compete in events such as the Olympics, but only if they are able to prove they are not implicated in the broader doping scandal.

At the 2018 Pyeongchang Winter Olympics, Russian athletes who could prove they were above suspicion were able to compete under the special designation of "Olympic Athlete from Russia", marching under the Olympic flag.

The proposed WADA sanctions are the latest chapter of a saga which first erupted in 2015, when an independent WADA commission investigating allegations of Russian doping said it had found evidence of a vast state-sponsored system stretching back years.

A 2016 report by WADA investigator Richard McLaren said more than 1,000 Russian competitors across multiple sports had benefited from the scheme between 2011 and 2015, a period which included the 2014 Winter Olympics held in the Russian Black Sea resort of Sochi.