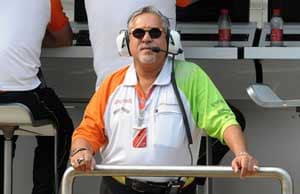 "Both the firms have evaded the service tax on sponsoring various shows and sports events," a senior DGCEI official said.

The notice issued to United Breweries is for the amount of Rs 21.7 crore, while that to United Spirit is of Rs 69.3 crore.

According to the officials, a DGCEI team had recently visited the Bangalore offices of both the firms. Officials said that if the amount was not paid within a month, penalty of 25 per cent would be imposed on the total amount.

Meanwhile, United Spirits in its statement to PTI said that the DGCEI Mumbai has asked them to furnish the soft copy of the ledger extract of Advertisement & Sales Promotion expenses for the period 2007 - 08 to 2011 - 12.

"DGCEI has, without verifying the nature of the expenses accounted for in the ledger extract, considered the entire amount as 'sponsorship services' and have served the show cause notice on 23/4/13 for Rs.69.3 crore", the statement said.

The company said that it was in the process of replying to the show cause notices by highlighting the "error".

The statement added that UB has been regular in paying service tax wherever applicable and they are in the process of filing replies and explanations shortly.

Comments
Topics mentioned in this article
Kevin Pietersen Force India Other Sports
Get the latest updates on ICC T20 Worldcup 2022 and CWG 2022 check out the Schedule, Live Score and Medals Tally. Like us on Facebook or follow us on Twitter for more sports updates. You can also download the NDTV Cricket app for Android or iOS.