The Olympic torch relay will start on March 25, 2021, with Tokyo 2020 officials to lay out detailed anti-virus measures in the coming weeks. 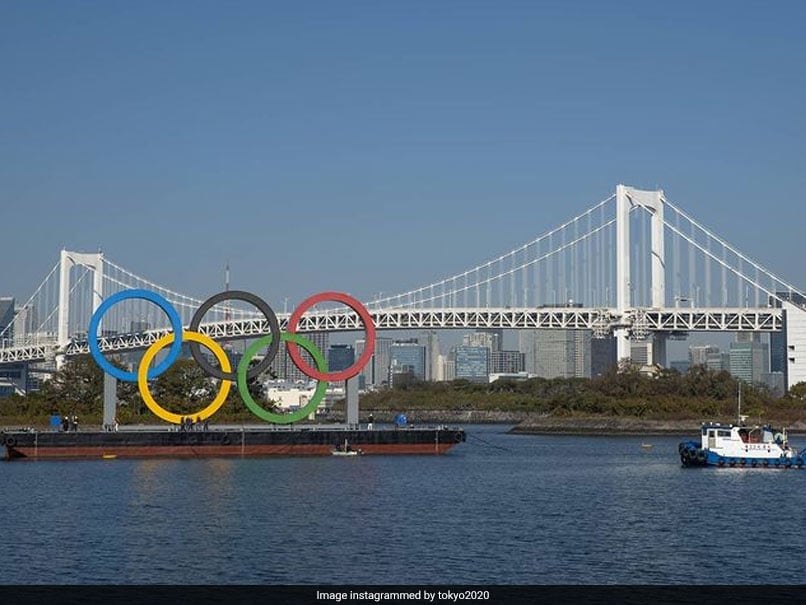 The Tokyo Olympics was postponed to 2021 due to COVID-19 pandemic.© Twitter

Tokyo 2020 organisers said Tuesday they will press ahead with a nationwide, socially distanced torch relay -- 100 days before the Olympic flame begins its coronavirus-delayed journey around Japan. Despite a recent spike in infections, Games officials believe the relay can be held safely -- and in front of spectators -- with around 10,000 runners carrying the torch around Japan's 47 prefectures. The torch relay was postponed just two days before it was due to begin earlier this year when the decision was taken to delay the Games by 12 months because of the pandemic.

Now it will start on March 25, 2021, with Olympic officials to lay out detailed anti-virus measures in the coming weeks.

"We want to make sure that everyone's health is secure -- the spectators, the torchbearers, the officials and the citizens in the local areas," said Tokyo Games Vice-Director General Yukihiko Nunomura.

"We want the runners to smile and we want the spectators to smile as they welcome the torch. We want to generate excitement so that people really feel that the Tokyo Olympics are coming."

The announcement comes after a poll released earlier Tuesday by national broadcaster NHK showed a majority of Japanese people oppose holding the Games next year, favouring another delay or cancellation of the massive event.

Japan has seen a relatively small Covid-19 outbreak overall, but has been battling record numbers of new cases in recent weeks.

Guidelines on whether Olympic torchbearers will need to wear masks have not yet been issued, but this month an interim report said participants will be told to keep their distance and refrain from talking loudly.

The Olympic flame, which had already arrived in Japan from Greece when the relay was postponed, is currently on display in Tokyo.

Starting in the Fukushima region -- which was hit by nuclear disaster after the 2011 earthquake and tsunami -- it will crisscross Japan before arriving in Tokyo for the July 23 opening ceremony.

Organisers announced some minor changes to the relay route on Tuesday, but reaffirmed their commitment to visiting every part of the country.

"We hope that the power of the torch relay can be exposed to as big an audience as possible," said Nunomura.

"We also will be providing online opportunities for people to watch the torch go around Japan, and we will be sharing that with the entire world."

Torchbearers who were selected for the original relay will be invited back next year, although Tokyo 2020 chiefs acknowledged not everyone will be able to do so.

The relay will visit 859 municipalities around Japan, with a local celebration welcoming the flame to be held at the end of each day.

Organisers announced changes to several celebration venues, with festivities set to be simplified in a bid to cut costs.

The postponement of the Games has added at least an extra $2.4 billion to an already outsized budget, set last year at around $13 billion.

The NHK poll released Tuesday shows public sentiment has shifted little since the summer, when surveys in Japan also found only a minority backing plans to hold the Games next year, despite the imminent arrival of new vaccines.