Thomas Bach was elected as an IOC member at the age of 37, and since then has gone on to have an influential presence within the body, and took over the leadership from Jacques Rogge in 2013. 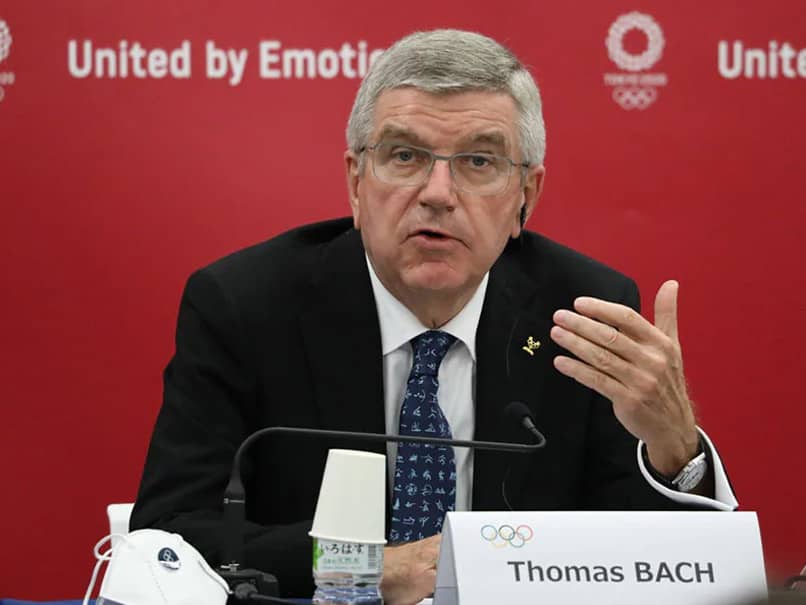 Thomas Bach is a former Olympic fencer, who won gold in the 1976 Games.© AFP

Thomas Bach will stand unopposed to serve a second term as International Olympic Committee (IOC) president, the body said on Tuesday. Bach, a 66-year-old German lawyer, is set to be confirmed for a four-year term at an IOC session in March in Athens. Bach was initially elected for an eight-year term as Olympic chief in September 2013, taking over from Belgian Jacques Rogge. If re-elected, Bach's term will end in 2025, a year after the Paris Olympics. The next term for the IOC presidency will start after the Tokyo 2020 Olympics, which will now take place from July 23-Aug 8, 2021, having been postponed because of the coronavirus pandemic.

Bach, who won gold for West Germany in the foil fencing team event at the 1976 Olympics, was elected an IOC member at the age of 37 and went on to play a series of influential roles within the organisation, notably as a founding member of the IOC's Athletes' Commission, before being elected its ninth president.

Under his reign as IOC chief, Bach has had to grapple with several political challenges, and has notably overseen the 2014 Sochi Winter Olympics and the 2016 Rio Summer Games, both perceived as the most troublesome in recent years.

He has also been a key player in the ongoing Russian doping saga, although the IOC came in for criticism from some quarters for not issuing Moscow with a blanket ban over its state-sponsored doping system.

Bach also came under fire for reinstating the Russian National Olympic Committee after the 2018 Pyeongchang Winter Olympics despite failed drugs tests there.

He is credited, however, with having put in place the Olympic Agenda 2020, featuring reforms aimed at cutting costs and streamlining bidding processes to better attract potential host cities.

The IOC, however, is arguably facing its biggest challenge in Bach's tenure in the form of the Covid-19 pandemic, with the rescheduling of the Tokyo Games meaning Beijing will host the 2022 Winter Olympics just six months later.