Sushil Kumar's WWE contract could run into several crores. The company has been looking to sign up an Indian athlete after The Great Khali's exit in 2014. 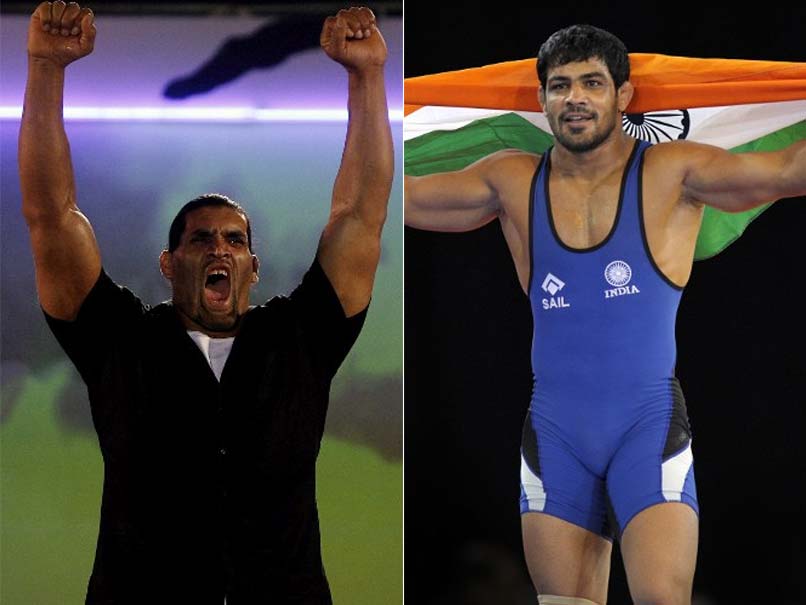 Two-time Olympic medallist Sushil Kumar could be India's second major export to the World Wrestling Entertainment (WWE) in the days to come.

With Canyon Ceman, WWE's head of talent development, in town to meet the star wrestler, Sushil could soon be following in the footsteps of The Great Khali.

According to a report in the Hindustan Times, the meeting between the two parties is likely to be held at the Chhatrasal Stadium.

"We are exploring all options for Sushil to get into professional wrestling and are in talks with WWE," Raman Raheja, whose company Super Sports handles Sushil's commercial interests, told HT.

After Khali's contract with the WWE ended in 2014, the company signed two more Indians - Lovepreet Sangha and Satender Ved Pal - in an attempt to make greater headway into the local market.

Sushil, who was left out of India's Rio 2016 contingent in favour of Narsingh Yadav, has been looking for options beyond wrestling.

Should he reach an agreement with the WWE, the deal could run into several crores.

Comments
Topics mentioned in this article
Sushil Kumar , 1983-05-26 , India Wrestling , 1900-01-01 ,
Get the latest updates on IPL 2021, IPL Points Table , IPL Schedule 2021 , live score . Like us on Facebook or follow us on Twitter for more sports updates. You can also download the NDTV Cricket app for Android or iOS.