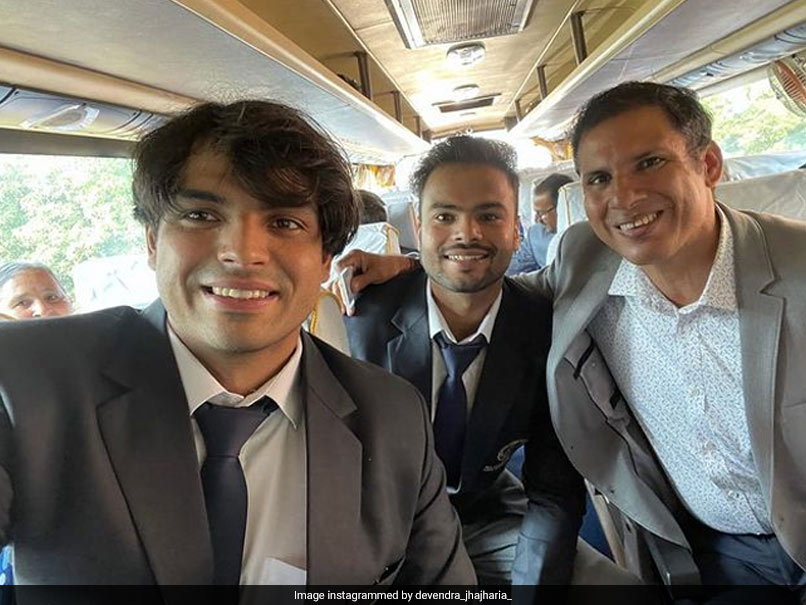 Devendra Jhajharia has received the Padma Bhushan, Neeraj Chopra has been given the Padma Shri.© AFP

Star para-athlete Devendra Jhajharia was on Tuesday named for the prestigious Padma Bhushan, the third-highest civilian honour in the country while Olympic gold-winning javelin thrower Neeraj Chopra was among the eight sportspersons named for Padma Shri award. Forty-year old Jhajharia has two gold medals in the javelin competition of Paralympic Games, 2004 Athens and more recently in Rio 2016. He won a silver in the F46 event at the Tokyo Paralympics last year. Chopra, the 24-year-old javelin thrower, made history in the Tokyo Olympics by becoming the first Indian to win a gold in a track and field event in Games' history.

He also became only the second Indian to win an individual Olympic gold after shooter Abhinav Bindra.

The Padma Awards are conferred by the President of India at a ceremonial function in Rashtrapati Bhawan around March-April every year.

Comments
Topics mentioned in this article
Other Sports Neeraj Chopra
Get the latest updates on India vs South Africa and check out  Schedule, Results and Live Score. Like us on Facebook or follow us on Twitter for more sports updates. You can also download the NDTV Cricket app for Android or iOS.