Kiren Rijiju said the government is in no mood to interfere in the functioning of National Sports Federations, insisting that the autonomy of NSFs should be maintained "at any cost". 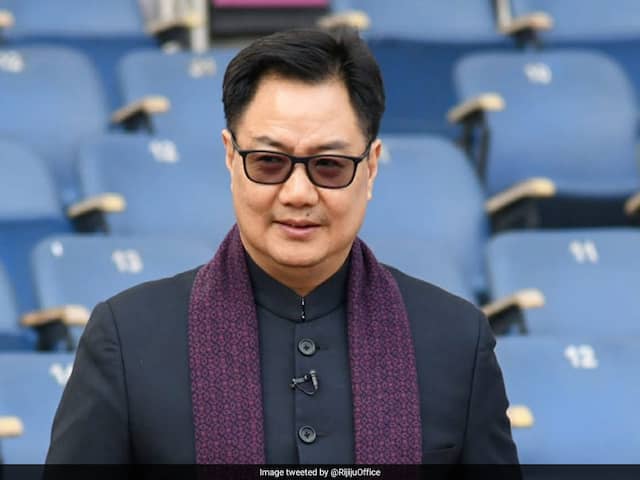 Kiren Rijiju stressed on the need for all stakeholders to work in unison to achieve the common goal.© Twitter

Sports Minister Kiren Rijiju on Saturday said the government is in no mood to interfere in the functioning of National Sports Federations, insisting that the autonomy of NSFs should be maintained "at any cost". Rijiju's statement came after reports emerged that the Indian Olympic Association president Narinder Batra had recently alleged that the ministry was trying to interfere in the functioning of NSFs. "I've been made aware of some concerns of Indian Olympic Association President, Shri Narinder Dhruv Batra and news published in some section of media regarding autonomous functioning of National Sporting Federations (NSFs) vis-a-vis perceived control of the Sports Ministry and SAI on their day-to-day functioning," Rijiju said in a statement.

"While reviewing the critical sporting activities, the autonomous functioning of the National Sports Federations must be maintained at any cost. Adherence to National Sports Code and Good Governance in NSFs are cornerstones of transparency and fairness in all its conducts.

"Govt is committed to provide necessary support to NSFs for the promotion of sports and to ensure the well-being of our athletes is not compromised," the minister added.

The issue snowballed into a controversy after Batra's allegations of interference in the functioning of NSFs by Sports Authority of India's TOPS (Target Olympic Podium Scheme) CEO Rajesh Rajagopalan. Clearing the air, Rijiju said the ministry, IOA and NSFs share a common goal, and that is to improve the sporting ecosystem of the country and make India a sporting superpower.

"The common goal of the Sports Ministry, IOA and the NSFs are improving the overall sports ecosystem of the country with focus on identifying and nurturing grassroot level talents on the one hand and grooming elite athletes to achieve sporting excellence on the other.

"Providing the best facilities to our athletes in terms of training, diet and top level competition exposure and to ensure that India finishes in the Top 10 in 2028 Olympics, an ambitious target declared by me as Sports Minister of the country," he said.

The minister stressed on the need for all stakeholders to work in unison to achieve the common goal.

"To achieve these goals, the way forward is to have a proper coordination between Sports Ministry, SAI, IOA and NSFs. Government is committed to work closely with all NSFs and IOA to ensure that there is no gap in the communication between stakeholders," Rijiju said.

"Regular consultation and discussion amongst the stakeholders at various levels must be smooth but undesirable conduct by individuals at any circumstances should not dampen our cooperation and spirit and any remark made by individuals at certain situation should not be treated as a matter of policy.

"We are determined to work together to realise the dream of making India a sports superpower."