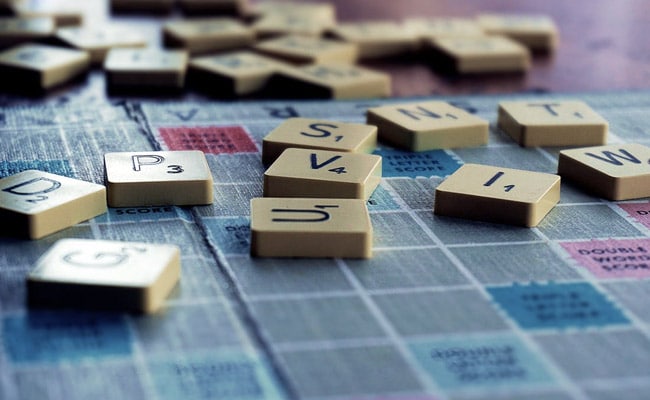 Two Indians finished in the top ten for the first time at the Scrabble World Youth Cup.© AFP

Team India achieved its best-ever performance at the Scrabble World Youth Cup with young guns Madhav Gopal Kamath and Suyash Manchali securing 2nd and 8th spots respectively. It was the first time that two Indians finished in the top ten of the Scrabble World Youth Cup. The tournament was held online due to the coronavirus pandemic. 72 Scrabble players aged under 18 from 14 countries, including India, Pakistan, Sri Lanka, Thailand, Malaysia, Canada, Australia, Nigeria, the United Kingdom, and the United States.

Each of the players first played 36 games in a hard-fought preliminary round held over two weekends from 7th to 15th August. The top ten players from the group stage proceeded to the final round on 21st and 22nd August and played a further 13 games each.

Madhav Gopal Kamath, who is a class VI student at Sanskriti School, New Delhi, produced a remarkable performance. Madhav's second-place finish is the best performance by an Indian scrabble player in the history of the World Youth Cup.

The prodigy from Delhi narrowly lost out on the top spot to defending champion Syed Imaad Ali of Pakistan.

Ten-year-old Madhav and 15- year-old Imaad both had nine wins from 13 games, but Imaad won the title due to a better spread
(difference between his scores and opponent's scores).

Madhav was also adjudged as the tournament's best Under-12 player, adding to his Under-8 and Under-10 titles in previous editions of the tournament.

Equally impressive was 12-year-old Suyash Manchali from Bangalore, a class VII student at MESKKPS, Vidyaranyapura, who finished eighth and was named as the best Under-14 player.

This was the first time India had two players in the top ten. Suyash had previously won the Under-12 title in the 2019 edition of the tournament.

The tournament was played online, with strict monitoring protocols in place to prevent unfair play, with the players being observed constantly.

The Indian team received the 'Spirit of Scrabble' award for being the team that best played in the true spirit of the game.

India's competitive Scrabble circuit has seen an upswing in recent years, with India-born Akshay Bhandarkar winning the world title a few years back, and Indians consistently ranking in the top 50 in
the World Championships for adults and amongst the top 20 in the Youth Championships.

The recent lockdown has given a further push to online Scrabble, and many talented youngsters have taken to the game in a big way. With both Madhav and Suyash being under 12, they have many more years to participate in the Under-18 Championships, and we look forward to a title in the years to come.