Rugby World Cup Arrives In Mumbai Ahead Of Tournament Next Year

The Rugby world cup 2019 trophy, the Webb Ellis Cup was unveiled at one of India's oldest rugby clubs - Bombay Gymkhana. 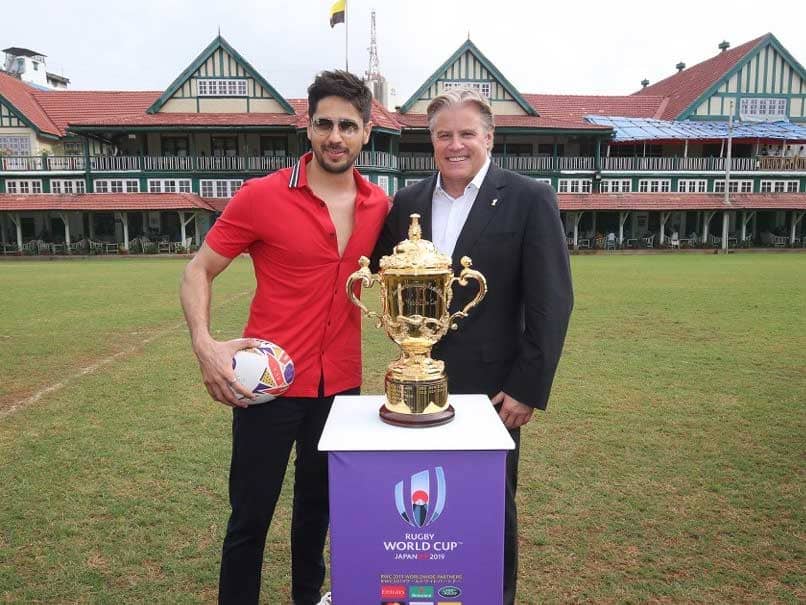 The trophy was unveiled at the Bombay Gymkhana© NDTV

After Agra and New Delhi, the Rugby world cup 2019 trophy, the Webb Ellis Cup was unveiled at one of India's oldest rugby clubs - Bombay Gymkhana in the presence of actors Siddharth Malhotra and Rahul Bose, as it made its pit stop in Mumbai as a part of the trophy tour. "It feels amazing for the Rugby World Cup to be here and I'm very excited to have it on Indian soil for the first time. I played rugby when I was younger and think it is one of the best sports that teaches you discipline fitness and controlled aggression," Malhotra said.

World Rugby CEO, Brett Gosper, said, "It has been fantastic to witness the huge levels of excitement, enthusiasm and curiosity that have accompanied the Webb Ellis Cup on every stop of the Rugby World Cup Trophy Tour in India over the past week and especially today at the Bombay Gymkhana club which has such a famous rugby history".

Following a formal welcome by the sports minister Rajyavardhan Singh Rathore in Delhi on Monday, the trophy tour has spent the week in India and reached another of the seven wonders of the world; the Taj Mahal. Visited by some of the world's most influential leaders and high-profile figures, the Webb Ellis Cup is one of few sports trophies to be pictured at the iconic location in India.

As a sport in India, rugby does not enjoy the same level of interest as cricket or soccer but the game's administrators hope to change with these events that have been organized to increase the popularity of the game. Rugby in India has a rich history and heritage and dates back to 1872. However, only over the last decade has the sport seen a major rise in following with increased participation.