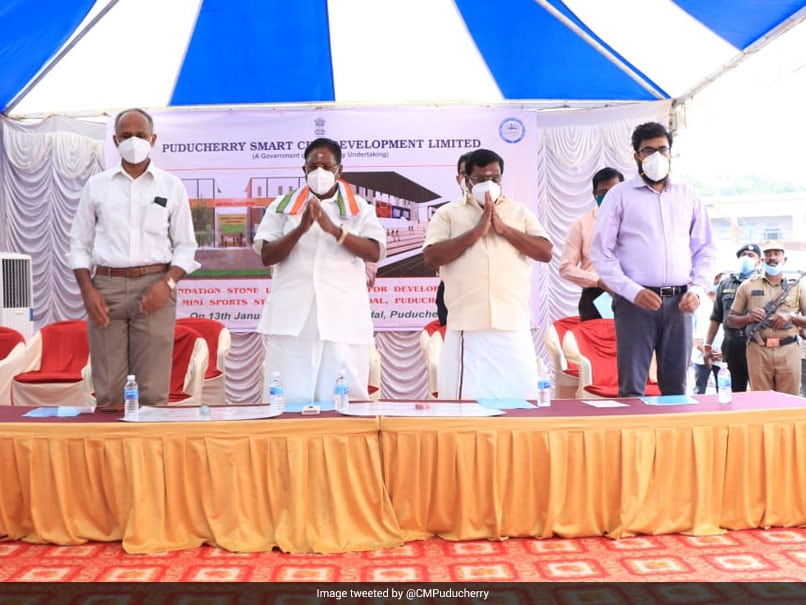 The funding for the smart city project is being shared equally by the Central and State governments.© Twitter

As part of the Smart City project, Puducherry Chief Minister V Narayanasamy on Wednesday laid the foundation stone for a Rs 12.19 crore sports stadium. The funding for the smart city project is being shared equally by the Central and State governments. He said the territorial government was investing additionally to develop various facilities including the sprucing up of old school buildings, enhancing the infrastructural facilities in the new bus terminal and also augmenting road facilities. PWD and Local Administration Minister A Namassivayam said 30 developmental works would be taken up under Smart City project in the Union Territory.