"I Get Motivation From You All," PM Modi Tells India's Tokyo Paralympics Contingent

Prime Minister Narendra Modi had met India's Paralympic contingent on September 9 and he told them about how they are a source of motivation for him. 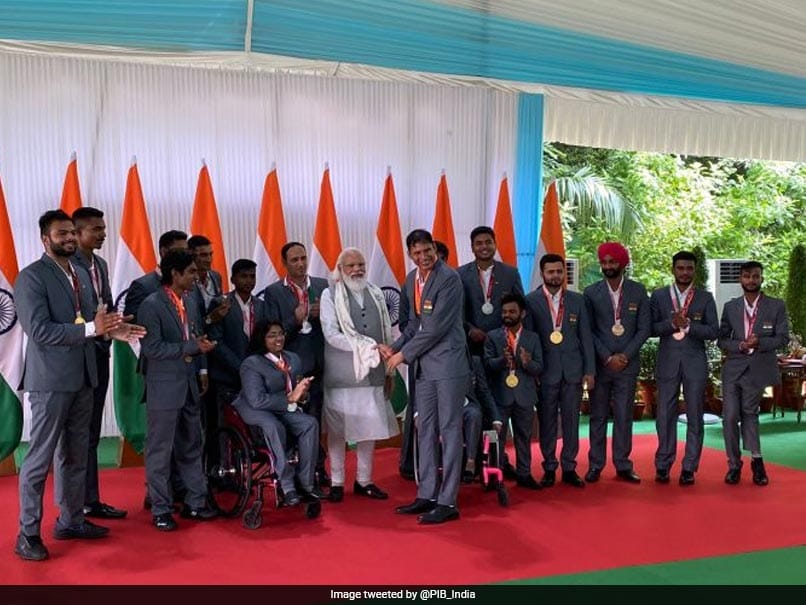 Prime Minister Narendra Modi said that the achievement of the Indian contingent at the Tokyo Paralympics will significantly boost the morale of the entire sporting community in the country, adding that their performances keep him motivated. "I get motivation from you all," PM Modi told the entire contingent when he hosted them at his residence in Delhi. In a video released on the official Twitter account of PM Narendra Modi, the Prime Minister can be seen interacting with the entire contingent and he lauded each one of them for overcoming adversities.

"Your achievement will significantly boost the morale of the entire sporting community in the country, and budding sportspersons will feel encouraged to come forward to take up sports. This performance has led to awareness about sports that is increasing by leaps and bounds in the country," PM Modi told the entire contingent.

The Prime Minister also praised the spirit and willpower of the 54-member contingent and said that the performance is praiseworthy looking at the odds that the para-athletes have overcome in their lives.

"A true sportsperson does not get bogged down by defeat or victory, and keeps on moving forward. You all are ambassadors of the country, and you have increased the prestige of the nation on the world stage through your remarkable performance," said PM Modi.

The para-athletes thanked the Prime Minister for inviting them and said that they feel honoured to share a table with him terming it a big achievement for them.

They especially thanked the Prime Minister for giving constant guidance, motivation, and support throughout their endeavour, and said that the athletes of other countries were amazed when they came to know that their Indian compatriots received congratulatory phone calls from their Prime Minister.

A stole, signed by all medalists, was also gifted to the Prime Minister.

India clinched 19 medals in the event where 54 para-athletes from across 9 sports disciplines represented the nation in Tokyo Paralympics. This was India's biggest ever contingent to the Paralympic Games.

Badminton and Taekwondo made their debut in Tokyo, both of which were represented by India.

Since making its first appearance at the Paralympics in 1968, India had won 12 medals in total till the 2016 Rio edition. The country has now massively improved upon that entire number by 7 medals at the Tokyo Paralympics 2020 alone. Out of a total of 162 nations, India has finished 24th in the overall medal tally, while its accomplishment of 19 medals is ranked 20th based on the number of medals.