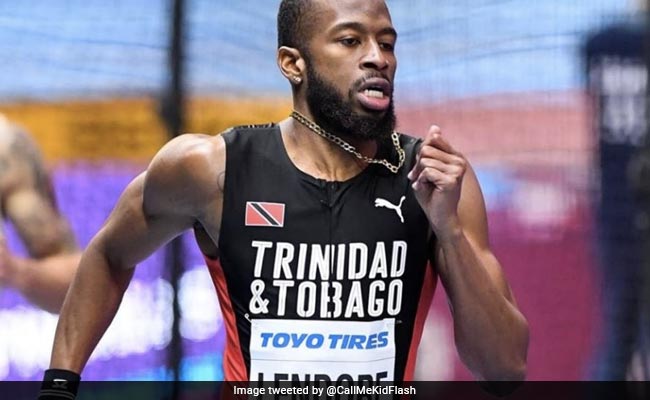 Trinidad and Tobago Olympian Deon Lendore has died aged 29 in a car accident in Texas, USA. The 400-meter sprinter competed in three Olympics -- including the 2020 Tokyo games -- and won the bronze medal in the 4x400 meter at the 2012 games in London.

The Texas Department of Public Safety told TMZ, Lendore was driving westbound on FM 485 in Milam County in his 2015 Volkswagen Jetta on Monday, when it crossed over the center line and "sideswiped a vehicle" coming the opposite way. Texas DPS said Lendore was pronounced dead at the scene.

"One thing I learned last year was the importance of LIVING," Berry said and added, "do what you want... deal with what you want... love who you want. Don't DIE just to LIVE. You LIVE then DIE.. I've been happier ever since."

Comments
Topics mentioned in this article
All Sports
Get the latest updates on SA vs IND 2021-22, check out the Schedule and Live Score . Like us on Facebook or follow us on Twitter for more sports updates. You can also download the NDTV Cricket app for Android or iOS.