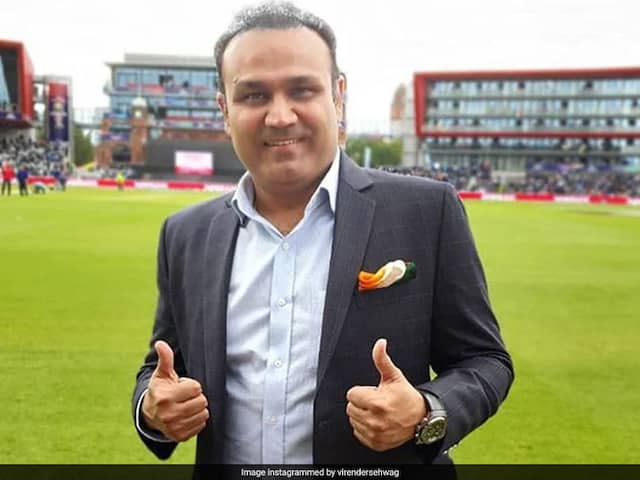 Virender Sehwag is part of the 12-member committee that will decide this year' winners.© Instagram

The 12-member committee constituted by the sports ministry to select this year's National Sports Awards will meet in New Delhi on August 17 and 18 to handpick the winners. The meeting will be held in person at the Sports Authority of India (SAI) headquarters in New Delhi. Former India cricketer Virender Sehwag, hockey stalwart Sardar Singh, Paralympic silver-medallist Deepa Malik, former table tennis player Monalisa Baruah Mehta, boxer Venkatesan Devarajan as well as journalists Alok Sinha and Neeru Bhatia will be a part of the panel headed by Retired Supreme Court Justice, Mukundakam Sharma.

"The meeting is finally taking place on August 17 and 18. Although a decision is yet to made on whether the function can be held on August 29 at the Rashtrapati Bhawan, but this year's awardees will be announced on time," a Sports Ministry source told PTI.

Just like last year, a single selection committee has been constituted to pick the awardees among both athletes and coaches.

The National Sports Awards include the Rajiv Gandhi Khel Ratna award, the Arjuna award, Dronacharya award and the Dhyan Chand award, conferred every year by the President of India at the Rashtrapati Bhavan on August 29.

The ceremony coincides with the birth anniversary of hockey legend Major Dhyan Chand. The pandemic had in June forced the sports ministry to extend the deadline for submission of online applications for the awards.

It also allowed athletes to self-nominate in view of the "difficulties" being faced by them to find people who can recommend their names amid the lockdown.

The self nomination has resulted in a huge number of applicants for the awards and it has been learnt that the ministry had already finished the initial round of screening.

"The ministry officials are through with the initial screenings. It was a Herculean task because of the size of applications. Now it is up to the committee to deliberate on the screened candidates and select the winners," the ministry source said.

Virender Sehwag Sardar Singh
Get the latest updates on IPL 2020, check out the IPL Schedule for 2020 and Indian Premier League (IPL) Cricket live score . Like us on Facebook or follow us on Twitter for more sports updates. You can also download the NDTV Cricket app for Android or iOS.