Deepa Malik, the president of the Paralympic Committee of India, on Saturday said that it is a matter of great pride that eight athletes have been recognised by the Sports Ministry for National Sports Awards. 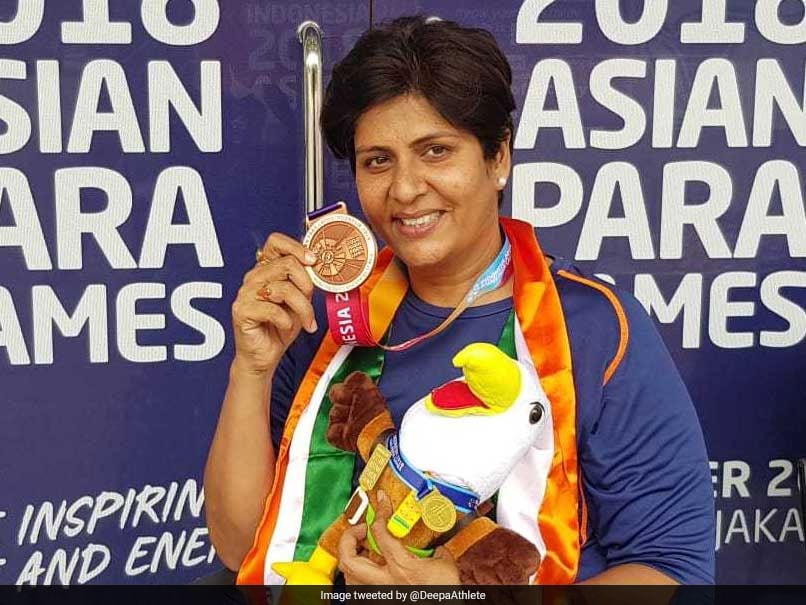 With eight para-sports personalities set to receive the National Sports Awards this year, Deepa Malik, the president of the Paralympic Committee of India on Saturday said that it is a matter of great pride that such an unprecedented number of athletes have been recognised by the Sports Ministry. Paralympics gold medallist Mariyappan Thangavelu will be awarded the Rajiv Gandhi Khel Ratna while para-athlete Sandeep Chaudhary, para-shooter Manish Narwal and para-swimmer Suyash Jadhav have their names in the 27 Arjuna awardees list.

"It is a matter of great pride for the para-sports fraternity and it comes with a lot of gratitude for each and everyone for recognising efforts of para-sports and making it more mainstream, it is a matter of happiness because I have seen struggles of para-athletes, they all have defeated social taboos every now and then," Malik told ANI.

Mariyappan is only the third Indian para-athlete to be awarded the Khel Ratna award after former Paralympic medallists Devendra Jhajharia and Deepa Malik.

Para-badminton coach Gaurav Khanna will also be getting recognition this year as he will be awarded the Dronacharya Award.

Indian para-powerlifting national coach Vijay Munishwar has his name in the list for the Dronacharya Lifetime award for his services to the sport. While J Ranjit Kumar and Sathya Prakash Tiwari have been named in the list of 15 Dhyan Chand recipients list.

"Ever since the conception of these awards, the growth of sports has increased, the broad-line has become more widespread, its time to give more awards and recognitions if we want to develop a sporting culture in the country," Malik said.

"Now, between the IPC and IOC, there is an agreement of being together, even the logos and even the names will be written as Olympic Paralympic Games. We do not have a charity sport, each and every category there is an award and all are across different sports. Everyone is deserving, all our coaches have Olympic medals," she added.

Sprinter Dutee Chand, cricketer Ishant Sharma, and shooter Manu Bhaker are among the 27 athletes who will be conferred with the Arjuna Award.

National Sports Awards which include the Rajiv Gandhi Khel Ratna award, the Arjuna award, the Dronacharya award, and the Dhyan Chand award, are conferred on athletes every year by the President of India at the Rashtrapati Bhavan on August 29, the National Sports Day.

However, this year, the names would be announced by President Ram Nath Kovind virtually due to the ongoing coronavirus pandemic.

"The ceremony will take place virtually but what we will have to see how the exact process would pan out," a source within the Sports Ministry had told ANI.