Kiren Rijiju expressed displeasure at the country not winning as many medals in comparison to the potential it possessed. 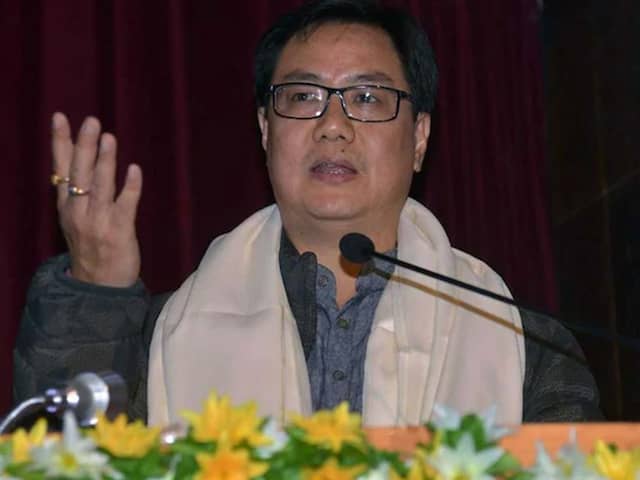 The Union Sports Minister said his main objective was to develop a sports culture in the country.© AFP

Union Sports Minister Kiren Rijiju on Sunday said long-term preparation was necessary to ensure the country's athletes win medals in top-notch events like the Olympics. He expressed displeasure at the country not winning as many medals in comparison to the potential it possessed. The minister said his main objective was to develop a sports culture in the country aimed at making athletes attain excellence.

He was addressing athletes at the Sports Authority of India's facility in the metropolis.

"Time is very less. We can't create new athletes now. But the focus of the government is to provide all support for the athletes to qualify," Rijiju said about the 2020 Tokyo Olympics.

"Long-term steps are necessary for preparations for Paris Olympics in 2024 and the Los Angeles edition in 2028. We haven't been doing well in the last few years when it comes to winning gold," he said.

"Policy changes, capacity building, scientific research and imparting highest level of training has to be the focus," the minister said.

The minister said athletes, irrespective of levels of seniority, will be served equal amount of food depending upon the diet suggested by the nutritionist as well as personal likes and dislikes.

Rijiju expressed optimism that India would win the cricket World Cup 2019 underway in England and Wales.