Sports Minister Kiren Rijiju on Monday said preparations are on to welcome back athletes for competitive action after the COVID-19 forced break as he inspected the progress of work at the Jawaharlal Nehru Stadium. 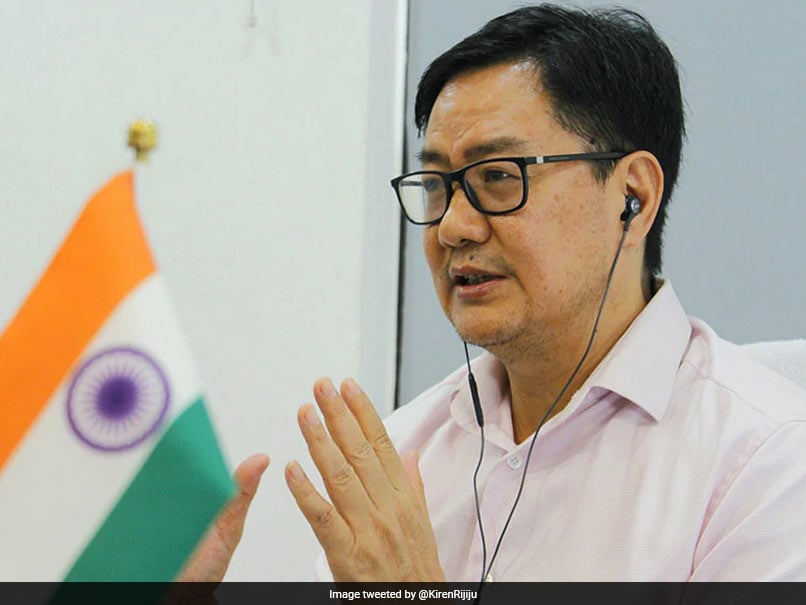 Kiren Rijiju said the return of athletes on the sports field will be as per safety guidelines.© Twitter

Sports Minister Kiren Rijiju on Monday said preparations are on to welcome back athletes for competitive action after the COVID-19 forced break as he inspected the progress of work at the Jawaharlal Nehru Stadium. Sporting action in India has been on pause since March when camps were shut down due to the pandemic. In the past few weeks, the training of athletes has resumed and the minister has also been talking about conducting tournaments soon. "The return of the athletes to the playfields and competitive sports will be strictly as per the safety guidelines issued. I'm happy that all the preparations are going on well and eager to see real sporting actions in the near future," Rijiju tweeted along with pictures of his visit to the stadium.

"Preparations are going on to make sports facilities ready for the return of our athletes. I checked the progress of works at Jawaharlal Nehru Stadium."

The JLN complex is a prime venue for athletics events. The Sports Ministry gave its go-ahead for the resumption of training in May during the fourth phase of the nationwide lockdown.

Since then, national camps of hockey, boxing, and athletics resumed in various Sports Authority of India (SAI) centers across the country.