Sports Minister Kiren Rijiju on Friday said that the ministry is planning to send the Indian Olympic contingent in advance for the Tokyo Games so that the athletes get acclimatise to the conditions. 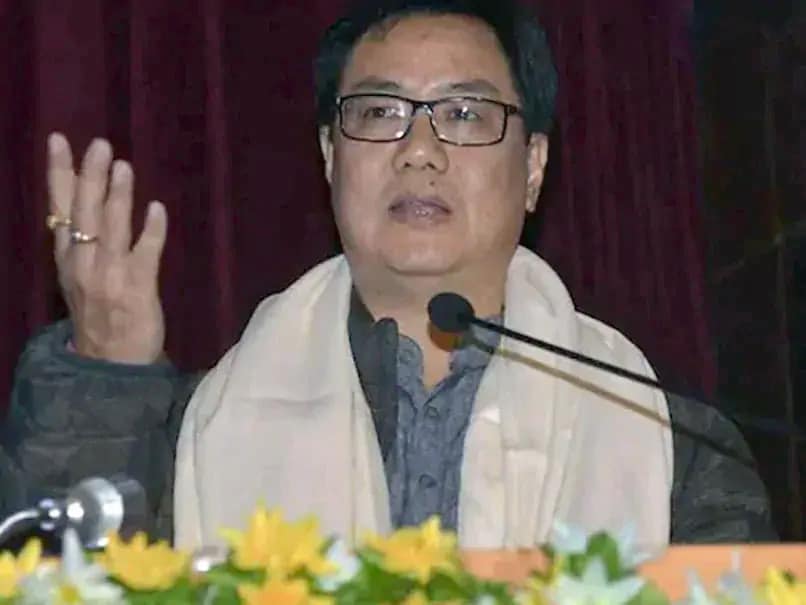 Kiren Rijiju said the ministry is working on sending the Olympic team in advance to Japan.© AFP

Union Sports Minister Kiren Rijijuon Friday said that the ministry is planning to send the Indian Olympic contingent in advance for the Tokyo Games so that the athletes get acclimatise to the conditions. "Only three months are left for the Olympic Games. Athletes are giving their best to book their seats for the Olympics and do well for the country. The ministry is also planning to send the Olympic team in advance so that they would get time to adjust to the climate over there. They will be able to train in those conditions which will help them during the competition," Rijiju told ANI.

"Arrangements are being made for our athletes and their team (technical), they will be put up in different locations in Japan. Right now, some of them are still participating in tournaments. There are some qualification events happening.

"But we have made a detailed plan for it. I have spoken to the Indian Olympic Association and we have a committee headed by me to plan and prepare for the Olympics and the entire management. The athletes will be able to train and practice wherever they will stay," he added.

Ace wrestler Bajrang Punia on Thursday said that he has already received his first dose of the COVID-19 vaccine. This has led to the raising of a few eyebrows as there hasn't been any official announcement on starting of vaccination of Olympic-bound athletes.

However, Rijiju said Punia wanted to feel secure and that's why he went ahead and got himself vaccinated.

"For vaccination, we are in discussion with the health ministry. He (Bajrang) must have thought that because there is a delay, he wanted to be secure. I cannot make any comment right now but we are worried about the safety of all the players," Rijiju said.

The Tokyo Olympics, originally slated to take place last year but got postponed because of the COVID-19 pandemic, will take be held from July 23 to August 8.