Karun Chandhok, who is one of India's only two Formula 1 drivers, is leading a group of riders looking to raise funds for his family-run trust. 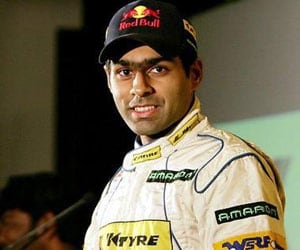 The "KC500 presented by Montra" is being organised in partnership with the Madras Midtown Round Table 42 and saw a mass start of over 200 cyclists, including plenty of school children.

The large group took part in 25km ride to support Karun and the main KC500 riders, who are heading off to Puducherry, Tanjavur, Karaikkudi and would be eventually finishing their ride at the hill station of Kodaikanal, 7000 feet above sea level, Jan 22.

Karun, who is one of India's only two Formula 1 drivers, is leading a group of riders looking to raise funds for his family-run trust, the Vishnu Devananda Charitable Trust as well as the Pallikaranai Government School supported by MMRT42.

The fund raising for the event has happened primarily through online donations where people from all over the world have logged in to www.kc500.com and supported the cause. The event has so far raised around Rs.10 lakh with great support coming from the motorsport community.