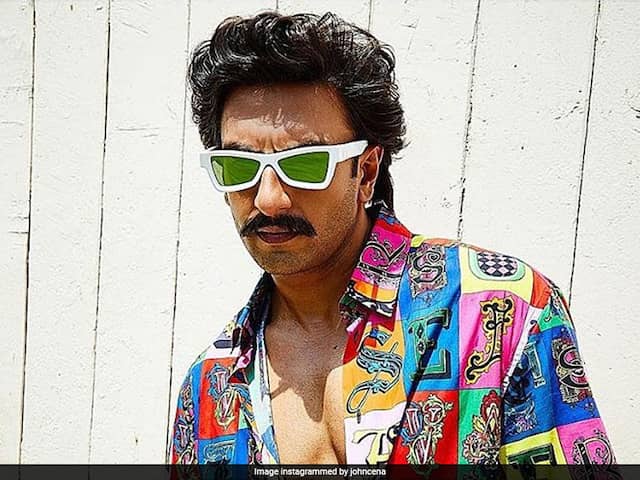 John Cena, the 16-time World Wrestling Entertainment (WWE) champion, took to Instagram and posted a picture of Bollywood actor Ranveer Singh on Saturday. John Cena, much like most of his Instagram posts, posted the picture without any caption. The Bollywood actor acknowledged Cena's post and came up with a comment which is similar to the former WWE champion's trademark catchphrase "You can't see me". "Can't see me," Ranveer Singh commented on Cena's post. Ranveer's comment on John Cena's post left fans in split.

John Cena is tied with Ric Flair at 16 WWE titles as the wrestlers with most championships in his career.

Cena has been away from the in-ring action for a long time as he is focussing on his career as an actor in Hollywood. Cena will be seen lending his voice in the upcoming movie "Dolittle".

Cena is also set to be a part of the Fast And The Furious franchise, where he will join Dwayne Johnson, famously known as the Rock.

John Cena's last appearance in the WWE came in July during the Raw reunion episode of the Monday night special.

On Saturday, WWE host, Renne Young confirmed that John Cena will be a special guest at the premier of WWE Backstage show along with Rob Gronkowski, former NFL player.

WWE's upcoming next mega event, Crown Jewel, will be held in Saudi Arabia on Thursday.