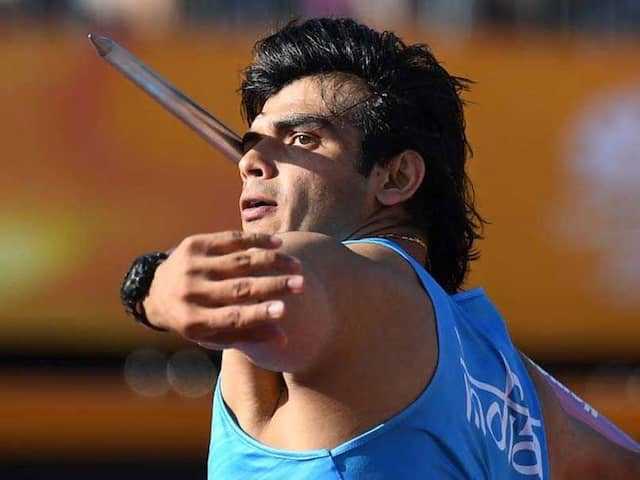 Neeraj Chopra clinched the gold at the Sotteville Athletics meet in France.© AFP

India's star javelin-thrower Neeraj Chopra clinched the gold at the Sotteville Athletics meet in France. Neeraj, who had won the gold medal at the Gold Coast Commonwealth Games earlier in 2018, threw 85.17 metres to bag the yellow metal with a massive margin on Tuesday in Sotteville-les-Rouen of the Normandy region. Moldova's Andrian Mardare threw a distance of 81.48m to take the silver while Edis Matusevicius (79.31m) of Lithuania settled for bronze. Neeraj's performance was brilliant as he did not falter in even a single attempt and completed each of his rounds.

Even as his score of 85.17m came in his fifth attempt, he came close to his eventual winning mark in his third attempt.

Although he clinched the gold with the 85.17m throw, this was not the Indian's best throw. He had earlier improved his own national record with a throw of 87.43 metres at the IAAF Diamond League where he finished fourth in the season-opening leg.

Earlier in the year, Neeraj struck a gold medal for India with a throw of 86.47m in men's Javelin Throw Final at the Commonwealth Games.

The 20-year-old from Panipat is also a part of India's squad for the Asian Games 2018 and all eyes will be on him as he will be gunning for the gold in Jakarta as well.