Tokyo confirmed 112 new infections on Tuesday, said national broadcaster NHK, up from 39 a day earlier, its lowest in four weeks. 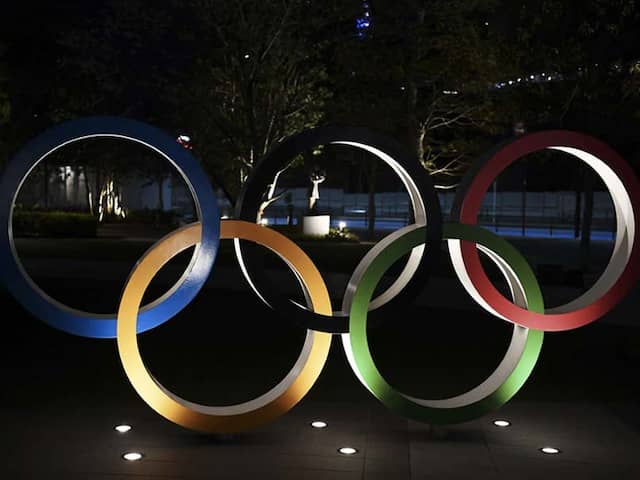 Japan is keeping a close watch on virus-related data to decide on an extension beyond May 6.© AFP

It is too early to consider lifting Japan's state of emergency over the novel coronavirus, the head of a powerful physicians' lobby said on Tuesday, adding Tokyo would find it tough to host next year's Olympics without an effective vaccine. The comments by the Japan Medical Association (JMA) chief highlight concerns over the pandemic that prompted Prime Minister Shinzo Abe to call the nationwide emergency which is due to end on May 6. Japan is keeping a close watch on virus-related data to decide on an extension beyond May 6, the economy minister said. While new daily infections have declined, testing is still not sufficient to prove that contagion is under control, JMA president Yoshitake Yokokura told a media briefing.

"I do not believe it will be possible to lift (the state of emergency) across the whole country at this stage," Yokokura added.

Tokyo confirmed 112 new infections on Tuesday, said national broadcaster NHK, up from 39 a day earlier, its lowest in four weeks.

The national tally stands at 13,614 infections, including 394 deaths, according to NHK.

That tally is still low compared to other nations, but critics say Japan is not doing enough testing to reveal the scope of a problem that has driven some hospitals to the brink.

Yokokura blamed a lack of protective clothing for the spread of the virus in hospitals and urged the government to help speed development of treatments and vaccines to preserve any hope of holding the Olympics next year.

"I am not saying that Japan should or shouldn't host the Olympics, but that it would be difficult to do so," he said.

"Unless an effective vaccine is developed, I expect hosting the Olympics will be difficult.

"The announcement last month of a one-year delay in the 2020 Olympic Games was a major blow for Japan, which has spent $13 billion on preparations.

The Games would be "scrapped" if they could not take place in 2021, Tokyo 2020 president, Yoshiro Mori, said in an interview published on Tuesday.

Since emerging in China late last year, the pandemic has infected almost 3 million people worldwide and killed more than 200,000, raising expectations of a prolonged battle to contain the novel coronavirus.

Several nations' laboratories are working to find protective vaccines and drugs for the disease, but it could be many months before they become widely available due to the need for exhaustive clinical trials of their effectiveness and safety.

Miraca shares surged 4.4% in Tokyo trading on Tuesday, outperforming a drop of 0.1% in the benchmark index.

Amid prolonged school closures and few signs the disease is easing its grip, governors and lawmakers were debating whether to postpone the start of the Japanese school year to September from April.

Education Minister Koichi Hagiuda was cautious about such a delay, saying on Tuesday the decision couldn't be made by his ministry alone, according to broadcaster NHK.

The new year for schools, companies and government bodies, and Japan's financial calendar, begins in April.

Late on Tuesday, Tokyo governor, Yuriko Koike, welcomed the idea, saying it would keep Japan in line with "international standards.

"But it would require "a paradigm shift," she said, adding she would vouch for the change at a governors meeting on Wednesday.