Indian Olympic Association backed the IOC's assertion that the upcoming Tokyo Olympics will weather the COVID-19 pandemic and be held on time without a glitch. 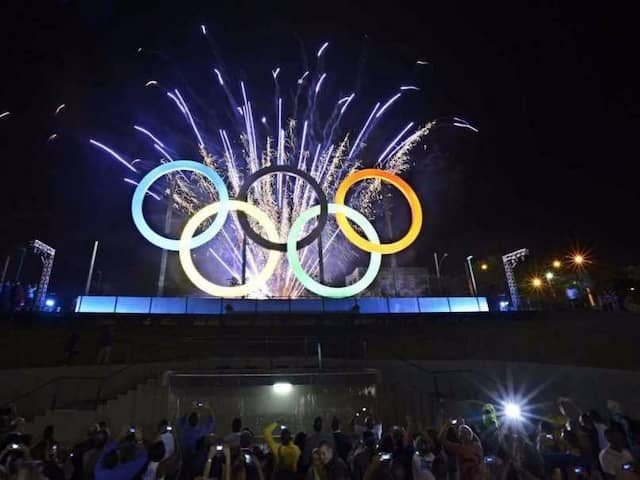 Coronavirus pandemic has put a question mark on the future of Tokyo Olympics.© AFP

Skepticism is sweeping through the world but the Indian Olympic Association on Thursday backed the IOC's assertion that the upcoming Tokyo Olympics will weather the COVID-19 pandemic and be held on time without a glitch. The International Olympic Committee (IOC) and the Tokyo Games organisers are adamant that the Games will start on July 24 as scheduled despite the coronavirus pandemic crippling health care systems and destroying economies across the world.

"The coronavirus is creating havoc throughout the world but we are hopeful it will be contained in one or two months. It has already been controlled in China, the epicenter of the disease, and we are expecting the Olympics to be held without any hindrance on its scheduled time," a senior IOA office-bearer told PTI.

"But having said that IOC is our parent body, we will have to abide by what the IOC decides. If the IOC says the Olympics will go on we will have to participate irrespective of any threat," he said.

The IOC's stance has angered many athletes, who have accused it of putting them at risk. Some officials have also expressed their apprehension.

Responding to the criticism, the world body on Wednesday conceded that there are no easy solutions for the current situation.

The pandemic, which has caused more than 8,000 deaths since being discovered in China, has wreaked havoc on Olympic preparations of athletes, including those from India. Several qualifiers have been suspended and training trips abroad are off the table thanks to COVID-19 travel restrictions.

The IOA admitted that country's preparations have been hit hard but should the Games happen, it is nonetheless expecting an unprecedented double digit medal haul from the athletes.

"Yes, it is true our preparations have been hit with many Olympic qualifiers, Test events and preparatory camps abroad being postponed or cancelled because of the coronavirus," the official said.

"But it is not just India, every country is facing the same situation so, the impact is same for every competing nation. So, our expectations still remain the same -- 10 or more medals in Tokyo," he asserted.

He said the IOA is closely monitoring the situation with all the stakeholders in the country.

"We are monitoring all our athletes' preparations as well as their well-being. We are also closely working with the Government of India, Tokyo Games orgainsers as well as IOC in this tough time," he said.

The number of people infected with the highly contagious novel coronavirus has risen to 169 in India with three deaths reported in the country so far.

The total number of cases reported worldwide so far stand at more than 218,800.