Rathore said the government was "leaving no stone unturned" to train 200 elite athletes for the 2020 Olympics and beyond under its Target Olympic Podium Scheme (TOPS) programme. 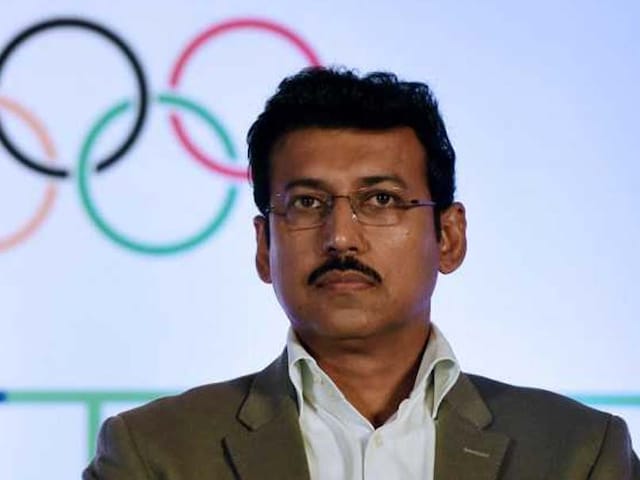 A former champion shooter himself, Rajyavardhan Singh Rathore knows how lack of infrastructure can scuttle Olympic dreams and the Indian sports minister is determined to ensure his athletes get the best possible preparation for the Tokyo Games. In an interview with Reuters, Rathore said the government was "leaving no stone unturned" to train 200 elite athletes for the 2020 Olympics and beyond under its Target Olympic Podium Scheme (TOPS) programme.

"With just one and half to two years left for the Tokyo Games, we are not only focusing on their training but also rehab if any athlete is injured," Rathore said, sitting on a Swiss exercise ball which he uses as a chair in his office.

TOPS was rolled out in 2014 to identify elite athletes and provide them with world-class coaching and training facilities.

"From selection to funding, everything is managed by a set of people whom we have put under the TOPS," said Rathore, who won the double-trap silver at the 2004 Athens Games.

More encouraging is the emergence of a bunch of young champions.

The Indian shooters have been performing exceptionally well at the world stage in recent times, which has been especially pleasing to former marksman Rathore.

"This excellence is largely driven by individuals but it's also due to funding that is coming to them.

"The shooting federation is the highest funded federation. Among the 200 elite athletes, about 200 crore rupees ($29.70 million) have been provided to shooters alone, much more than any other federation. So, we are investing into it."

Apart from shooting, India have made longs strides in disciplines such as badminton, wrestling, boxing and archery.

"We have identified the events that we will do well in and also the athletes who we are hoping will do well. I leave this job of identifying to the super professionals of the TOPS team and I have great respect for the work they are doing," said Rathore.

"It's my job to ensure that the best professional people are into my TOPS team and they will continuously analyse which events, depending on who are the athletes competing there, how they compare with the world standard and fund those athletes.

"Closer to the (Tokyo) Games they (will) keep giving me an account as to which athlete is moving closer and who is likely to win," he said.

India has been here before of course and the only true test of the TOPS programme will come in August 2020.

After all, India were second in the medals table at the 2010 Commonwealth Games in New Delhi but returned home from the subsequent London Olympics without a single gold medal.

© Thomson Reuters 2018
Comments
Topics mentioned in this article
All Sports
Get the latest Cricket news, check out the India cricket schedule, Cricket live score . Like us on Facebook or follow us on Twitter for more sports updates. You can also download the NDTV Cricket app for Android or iOS.