The 52-year-old was in Mumbai, home to the slums that inspired Danny Boyle's 2008 hit movie Slumdog Millionaire. 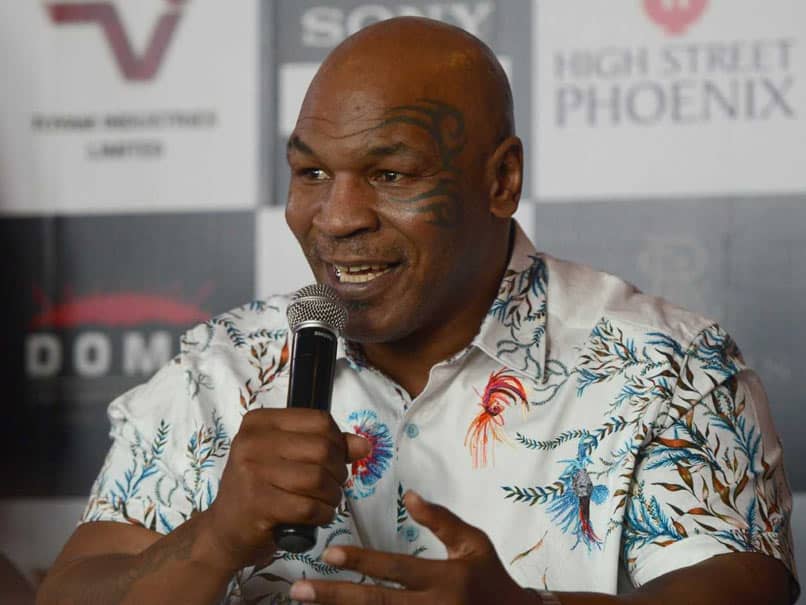 Former boxing champion Mike Tyson declared himself a "slumdog" Friday as he made his first trip to India. The 52-year-old was in Mumbai, home to the slums that inspired Danny Boyle's 2008 hit movie Slumdog Millionaire. "The most successful fighters have come from slums. All the current top fighters are from the slums," the controversial heavyweight great told reporters. "I think the poorer you are the better boxer you are," he added.

"I am a slumdog. I grew up in a slum. I had the ambition to get out of the slums and that's why I am here, Tyson said in quotes carried by the Press Trust of India news agency.

Around 50 percent of Mumbai's population of 20 million live in slums.

Many of them live in Dharavi, often described as Asia's biggest slum and the backdrop to Boyle's film.

The title of the movie caused controversy in India with critics claiming that the reference to dog was derogatory. Boyle insisted no offence was meant.

Tyson is one of the most formidable and controversial sportsmen to date.

In 1986, at the age of 20, he became the youngest international boxing heavyweight champion in history.

But his career was plagued with trouble, including drug addiction and stints in prison for rape.

In 1992, at the age of 25, Tyson was sentenced to six years in prison for rape, serving three years behind bars.

Tyson also notoriously bit off a chunk of boxer Evander Holyfield's ear in a 1997 match.

The heavyweight champion has in recent years worked to clean up his image, appearing in comedy films like The Hangover.

Last year he unveiled plans to launch a boxing fitness franchise named after himself.

Comments
Topics mentioned in this article
Mike Tyson Other Sports
Get the latest updates on IPL 2020, check out the IPL Schedule for 2020 and Indian Premier League (IPL) Cricket live score . Like us on Facebook or follow us on Twitter for more sports updates. You can also download the NDTV Cricket app for Android or iOS.