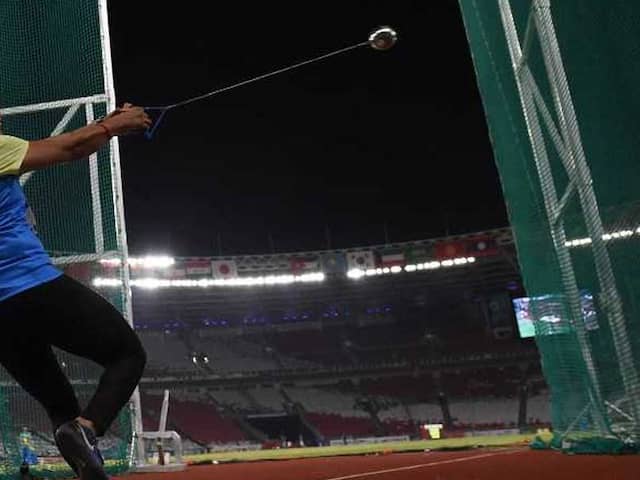 Hammer thrower Gunjan Singh has been tested positive for a stimulant during the All India Railways Championship which was held in Lucknow from August 17 to 19. The veteran athlete took the dope test after her performance in the tournament, in which she had conquered the gold medal after a throw of 59.39 meters. In a telephonic interview to ANI, Gunjan confirmed the news that she had flunked the dope test saying, "I had been consuming an energy drink which was recommended by my supplement provider. However, it contained a salt which wasn't mentioned in the description of its content. I was not aware of it. I have been provisionally suspended. There will be a meeting of the National Anti Doping Agency (NADA) which will decide the duration of the ban."

Now, Gunjan is waiting for the 'B' sample to be tested. She had earlier skipped the inter-state athletics championship held in Guwahati this year. She also did not feature in the Open Nationals held in 58th National Open Athletics Championship held in Bhubaneswar last month.

Gunjan, who had been India's top women hammer thrower along with statemate Sarita Devi, had claimed the silver medal in the 22nd Federation Cup held at the National Institute of Sports (NIS) in Patiala this year.

Monika who had approached the Delhi High Court against the Athletics Federation of India's (AFI) decision to ignore her credentials for the Jakarta Asiad-bound women's 1500m squad, has already been handed a provisional suspension by the National Anti Doping Agency (NADA) after her 'A' sample returned positive. The Uttar Pradesh athlete hasn't gone for her confirmatory 'B' sample testing.