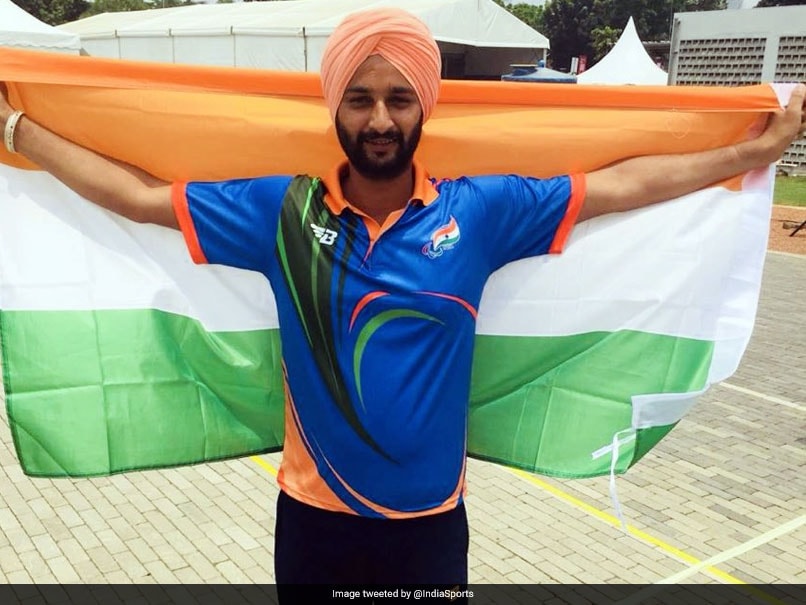 Harvinder Singh notched up India's maiden archery gold in the 2018 Asian Para Games by finishing on top in the men's individual recurve event, while the country also picked up three silver and four bronze medals on day 5 of the tournament. Harvinder defeated China's Zhao Lixue 6-0 in the W2/ST category final to claim the top honours and take India's gold tally to seven. The W2 category of impairment covers athletes with paraplegia, diplegia or double leg amputation below the knee, requiring wheelchair. The ST category is for archers with limited impairment and who may take aim without having to need a wheelchair.

It started with Monu Ghangas claiming the silver in the men's discus throw F11 category before Vijay Kumar claimed the second spot in the men's long jump T42/T61/T63 category.    Ghangas claimed his silver with a throw of 35.89m, an effort which he managed in his third attempt. He finished behind Iran's Olad Mahdi, who came up with a new Asian as well as Games record throw of 42.37m. The F11 category deals with visual impairment.

Kumar achieved his personal best by covering 5.05m to notch up the silver behind Sri Lanka's Charitha Nirmala Buddika, who pulled off a personal best of his own with 5.22m.    Kumar's disability classification covers limb deficiency, leg length difference, and impaired muscle power.

Mohammed Yasser then fetched a bronze in the men's shot put F46 category.

Yasser's throw of 14.22m got him the bronze behind Kazakhstan's Mansurbayev Ravil (14.66m). The gold in this event went to China's Wei Enlong, who established a new Games record with an effort of 15.67m. The F46 category of disability covers upper limb deficiency, impaired muscle power or impaired range of movement.

In table tennis, the women's doubles combination of Bhavinaben Patel and Sonalben Patel lost the final to Indonesia's Asayut Dararat and Paattarvadee Wararidamrongkul 4-11 12-14 to settle for a silver medal in the TT 3-5 category.

The TT 3-5 category is for paddlers with minimally impaired arms and hands.

The chess board delivered a silver and two bronze medals for the country with Jennitha Anto clinching the women's individual P1 category silver before combining with Prema Kanishri for the team bronze in the same category.

In the women's team standard VI -- B2/B3 category competition, the trio of Mrunali Prakash, Megha Chakraborty and Tijan Punaram settled for a bronze medal. The B2/B3 classification is for players with partial blindness.

A bronze trickled in from para-power-lifting where Sudhir finished third in the up to 80kg category with a lift of 192kg.

With the nine medals today, India were ninth on the overall tally with seven gold, 13 silver and 17 bronze for a total of 37 medals. China continued to rule the roost with 100 gold, 47 silver and 39 bronze, followed by South Korea (35 gold, 31 silver and 25 bronze).