The Haryana government has asked athletes to fork out one-third of their income from professional events and endorsements. 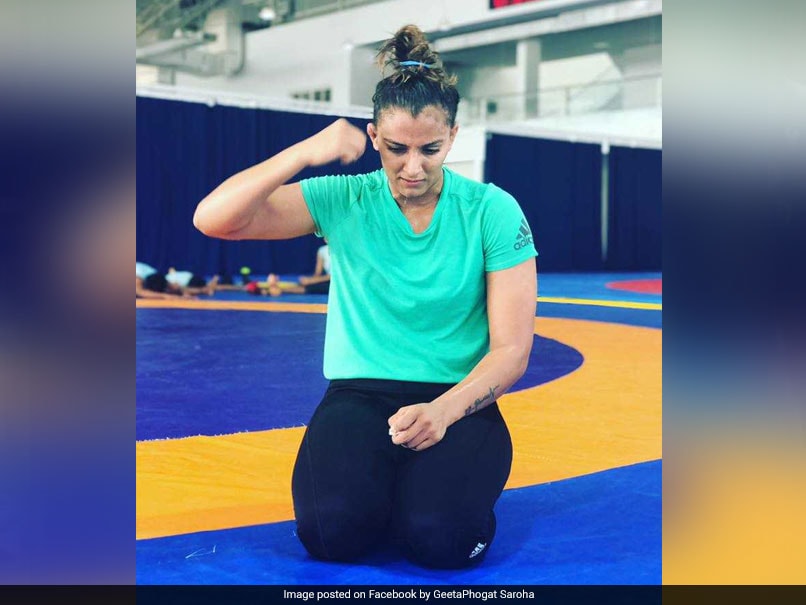 Wrestler Geeta Phogat has spoken out against the Haryana government's order.© Facebook

Wrestler sisters Geeta Phogat and Babita Phogat on Friday hit out at the Haryana government for issuing a notification asking sportspersons from the state to hand over one-third of their earnings from professional events and endorsements to the Haryana Sports Council. "This new rule makes a mockery of sportspersons. There is no such rule for cricketers who earn much more than those from other sports. Cricketers make a lot of money from endorsements, but those from other sports like boxing, kabaddi and wrestling do not earn much," star wrestler Geeta Phogat told a television channel.

"If we give up a third of our earnings, it will not be feasible for us. In such a scenario, what will be left for us?" she asked.

Her sister Babitaalso expressed her anguish at the order. "I am saddened by notification. It seems as if illiterate people are making policies. Do they not know that we're already paying taxes on money we win in competitions? If this is how things are going to work the medal count will go down", she told news agency ANI.

The notification, dated April 30, states that the money thus collected from sportspersons will be used for development of sports and budding talent in Haryana.

"One-third of the income earned by sportspersons from professional sports or commercial endorsements will be deposited with the Haryana State Sports Council, amount to be used for development of sports in the state," the notification read.