After her explosive MMA debut in November, Ritu Phogat is going to face China's Wu ChiaoChen at the ONE Championship fight night in Singapore. 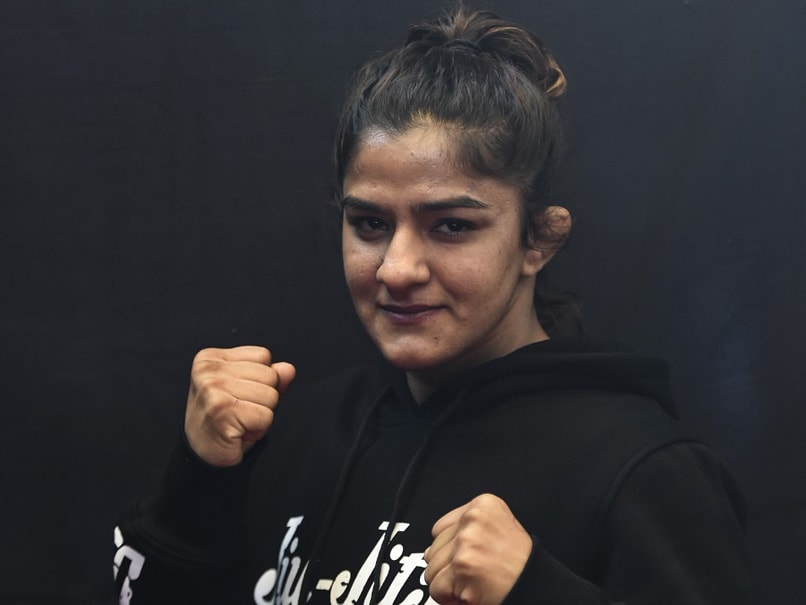 Ritu Phogat is aiming to become the first MMA champion from India.© AFP

A wrestler whose family story was immortalised by Bollywood is hoping to create a blockbuster of her own by becoming her country's first world champion in the high-octane sport of mixed martial arts. Ritu Phogat, who initially followed her father and two elder sisters into wrestling, is now charting a new path after making an explosive MMA debut in November. Phogat's father Mahavir, and her sisters Geeta and Babita were the subject of 2016 movie "Dangal", telling the story of the wrestling coach who raised his daughters to become Commonwealth champions.

But Ritu, 25, is forging a different career. After winning her first MMA fight in less than three minutes, she will face China's Wu Chiao Chen at this month's ONE Championship fight night in Singapore, which will be held behind closed doors because of the coronavirus.

The youngest Phogat daughter is trading an attempt at an Olympic medal to tackle MMA, but she said she was attracted by the lure of making history in her new sport.

"I got a chance to train with the best in Singapore and there was no looking back," she told AFP during a promotional event in New Delhi.

'One has to take risks'

The nimble but strongly built Phogat said wrestlers were a good fit for the fast-growing contact sport, which is yet to take off in India.

"Top seven champions in mixed martial arts are wrestlers, so I believe that wrestlers have an edge in this sport with their ability to take down the opponent," she said.

"It is all a matter of skill. You just have to practise hard. I think MMA is not much different from wrestling in terms of preparation."

Phogat, who said she was inspired by watching Russia's Khabib Nurmagomedov and Conor McGregor of Ireland, admitted she was running a risk by switching sports.

"I had a good career in wrestling so this decision was a big risk for me. But I did not want to miss the opportunity," she said.

"One has to take risks to do something new and as an athlete I am ready to embrace every challenge."

She added: "Without the support of my father and sisters I would not have been where I am. My father always taught me to be far-sighted, hard-working and with strong resolve. Three traits will take you a long way."

Phogat won 48kg gold at the 2016 Commonwealth Wrestling Championship and followed it up with a silver in the under-23 world championships the next year.

Her father Mahavir, who is now training his niece Vinesh for the Tokyo Olympics, backs his third daughter to make it big in MMA.

"She used to watch a lot MMA and one day told me that I will win a gold in this game. So we all backed her and the result is there for everyone to see," he said.