MIT are undefeated going into their last regular season game on Saturday against the U.S. Coast Guard Academy and headed to the Division III playoffs. 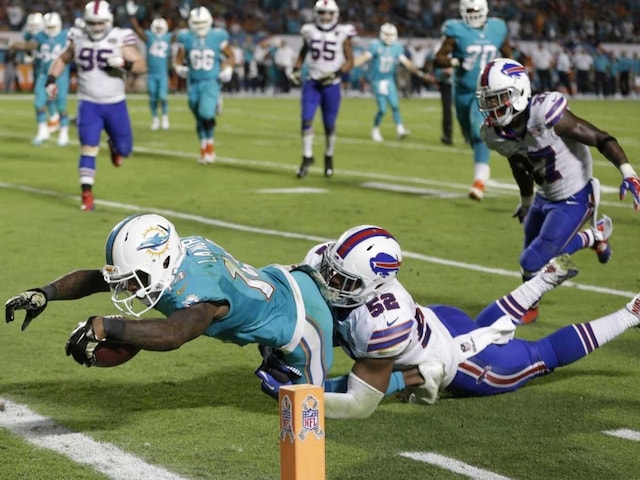 The Massachusetts Institute of Technology's reputation of academic superiority is well chronicled. But the private research university is now excelling in a sector of society once deemed unthinkable for a bastion of brainpower: football.

MIT are undefeated going into its last regular season game on Saturday against the U.S. Coast Guard Academy and headed to the Division III playoffs.

"I hate to say it - because people say it a lot - but back in high school I wasn't even sure MIT had a football program," said senior wide receiver Brad Goldsberry, a Colorado native majoring in electrical engineering and computer science.

The architect of the school's new-found gridiron greatness is 42-year-old Chad Martinovich, a soft-spoken coach who has the team riding a never-before-seen three-year winning streak.

He endures the kinds of problems you might expect coaching a bunch of rocket scientists.

"It's both rewarding and challenging at the same time," Martinovich said. "You can throw a lot at them from a mental standpoint in terms of memorization - scheme and techniques.

"What we have to break them of is paralysis of analysis, where they tend to overthink things and it slows them down as athletes. We're always saying, 'Don't think, just play.'"

Goldsberry said he enjoys football because it gives him a chance to "not think." He said it's natural for MIT players to be analytical because their days in class revolve around problem-solving.

Still, the books versus ball balancing act is a delicate one, he said.

"I'm much more productive during the season," Goldsberry said. "When you have your whole day lined out, you need to be efficient. People here try to do as much as possible, as well as possible."

The team cannot escape MIT's cerebral roots, as its moniker is (of course) the Engineers.

The mascot? Tim (MIT spelled backwards), a beaver, chosen 100 years ago, the school says, "because of its remarkable engineering and mechanical skill and its habits of industry."

The team's brainy reputation won a place in pop culture decades ago when late comedian George Carlin read the scoreline "MIT, 3 to the 4th power."

No one is suggesting MIT is ready to take on undefeated and top-ranked Mississippi State, as the list of its victims this year includes Becker College, Salve Regina University, Pomona-Pitzer, and Maine Maritime.

But it's hard to find fault with an 8-0 team that's averaging more than 42 points a game heading into Saturday's regular season finale.

MIT dropped football in 1901, 15 years after it lost a game to Yale 96-0, but resurrected the program in 1988. The lean years have disappeared since Martinovich arrived on campus six years ago. Last year's 6-3 record set the table for this year's stellar campaign.

"Four years ago, we didn't get a lot of people out to the games," said senior running back Justin Wallace, who has scored 16 touchdowns this season while averaging an eyebrow-raising 7.4 yards per carry. "We do now."

With 81 Nobel laureates having ties to MIT, the perception of the student body is one of bookish scholars. With 33 varsity sports, however, there aren't just a bunch of academics walking around the Cambridge campus just outside Boston.

"What people don't realize is that just about 25 percent of the undergraduate population at MIT are varsity athletes," Martinovich said. "That's the most in Division III nationwide.

"People don't think of that because all they think of is the stereotype."