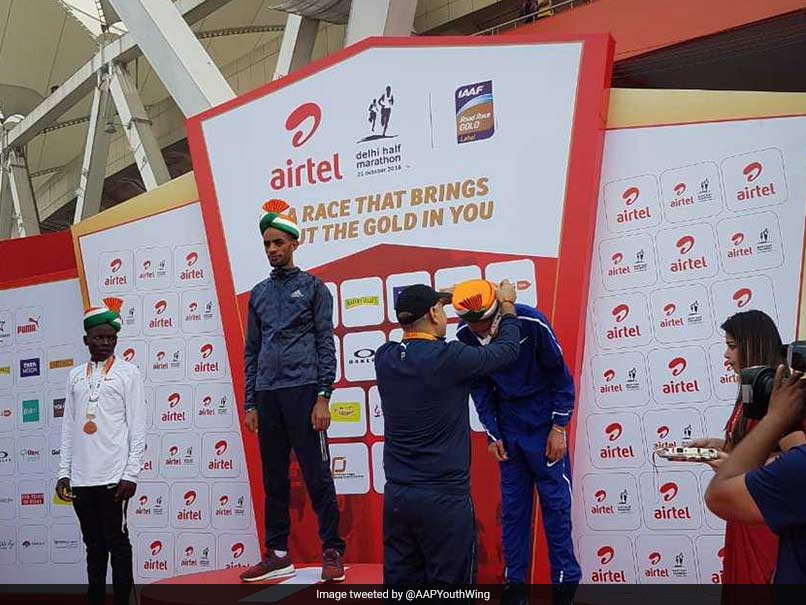 Ethiopians ruled the roost at the 2018 Delhi Half Marathon on Sunday with Andamlak Belihu and Tsehay Gemechu emerging triumphant in the men's and women's categories respectively. Belihu recorded a time of 59 minutes and 17 seconds. Belihu's compatriot Amdework Walelegn was a close second in the men's elite race with a personal best of 59:21. Kenya, the other powerhouse in long distance running, got the bronze as Daniel Kipchumba finished third with a time of 59:48. Tsehay beat some tough competition to cross the line in an hour six minutes and 50 seconds.

Joyciline Jepkosgei of Kenya was second at 1:06:56 while Ethiopia's Zeineba Yimer was third with a time of 1:06:59.

Among the Indian men, Abhishek Pal finished first at 1:04:13. He was given a tough fight throughout the race by Avinash Sable who was a mere second behind at 1:04:14.

Celebrating its 14th year in the city, the Delhi Half Marathon was flagged off from Jawaharlal Nehru Stadium and Jai Singh Marg near the New Delhi Municipal Council (NDMC) Building.

While one phase of the marathon was flagged off by athlete Adille Sumariwalla, former South African cricketer Jonty Rhodes was also present at the event to encourage participants.

Over 34,000 marathoners participated in different categories of the marathon. The categories included Half Marathon, Open 10K Run, Great Delhi Run, Senior Citizens' Run, and the Champions with Disability.

With air quality taking a dip, the national capital was engulfed in haze on the event day.

Keeping the quality of air in mind, anti-pollution measures were taken. Patented ecologically-safe technology was used, such as Ultra High Frequency (UHF) radio pulses, which were concentrated over the course to catalyse clearance of air pollutants primarily through dry deposition.

While the previous editions used a mixture of salt and water to achieve better suspended particulate matter (SPM) precipitation, ecologically safe reagents were put to use this year.

(With inputs from IANS and ANI)