The Games are scheduled for Tokyo from July 24 to August 9, but, since Friday, a chorus of sports bodies and athletes federations has begun to urge their postponement. 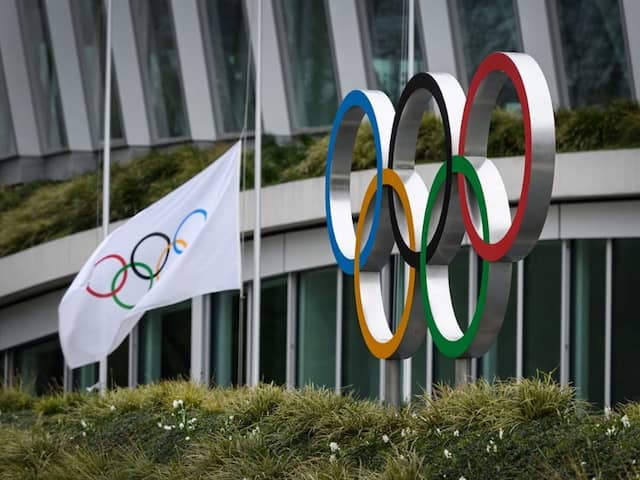 Some 11,000 competitors are expected to take part in Tokyo Olympics in 33 sports.© AFP

Restrictions imposed due to the coronavirus pandemic have reduced the number of doping tests to a minimum, creating another hurdle for the Tokyo Olympics to clear to go ahead on time. The Games are scheduled for Tokyo from July 24 to August 9, but, since Friday, a chorus of sports bodies and athletes federations has begun to urge their postponement.

The International Testing Agency (ITA) had planned an exhaustive programme ahead of the Games, but anti-doping organisations in United States, France, Great Britain and Germany have announced in the last few days that they are reducing testing of top-level athletes.

The Chinese anti-doping agency stopped its activities at the beginning of February.

The principal reason is the travel restrictions affecting 1 billion people worldwide, which are designed to halt the spread of Covid-19, which has caused more than 12,800 deaths.

"Our first priority must be public health and safety," the president of the World Anti-Doping Agency (WADA), Witold Banka, said on Friday.

Blood or urine testing, designed to catch athletes taking steroids, EPO or stimulants "continues very much reduced at the moment and adjusted to the circumstances, the German Anti-Doping Agency (NADA) told AFP.

"As the Olympic and Paralympic Games have so far not been cancelled or postponed, it is important that the athletes have a fair chance for Tokyo," NADA said. "This also includes the necessary doping controls and the pre-Olympic test program.

"It is almost impossible to carry out controls," he said, "unless we have a very strong suspicion."

In the event of a test, out of competition, since the vast majority of events have been cancelled, both the test taker and the athlete must wear protective clothing.

"But often the controllers are health personnel. We're not going to mobilise them and ask them to use masks when there is a shortage," said one European anti-doping agency.

"They delivered a first set of recommendations on February 13, 2019, which included a file that contains names of athletes and the number of tests we should carry out on them before the Games," Rossi said.

"The principle is that everyone is tested."

Some 11,000 competitors are expected to take part in the Summer Olympics in 33 sports. The training period ahead of the competition can be the most profitable period for those who want to dope.

"The closer you are to the Olympics, the lower the risks," said Cepic. "Doping takes place months beforehand, in order to train harder and shorten recovery times."

Will the anti-doping programme for the Tokyo Olympics suffer as a result?

"Of course it's a major obstacle,"  said Cepic, "It depends on whether the situation drags on or not."

In a statement released Wednesday, ITA said: "Current testing limitations and challenges will be duly taken into account by the Expert Group."

Cepic acknowledges this period of uncertainty could tempt potential dopers.

"If you are an athlete who wants to cheat, you just have to read the media and you know that more or less there are no doping control," he said.

WADA accepts that testing must be reduced or even halted in the face of the pandemic, but Director General Olivier Niggli issued a warning.

"There are a number of other tools that are available to assist us in protecting clean sport during periods of limited testing," he said.

He listed the "Athlete Biological Passport" and "the long-term storage of samples collected before, during and after the pandemic, as well as the collection and review of any intelligence received that could lead to target testing, specific analysis or the opening of an investigation."