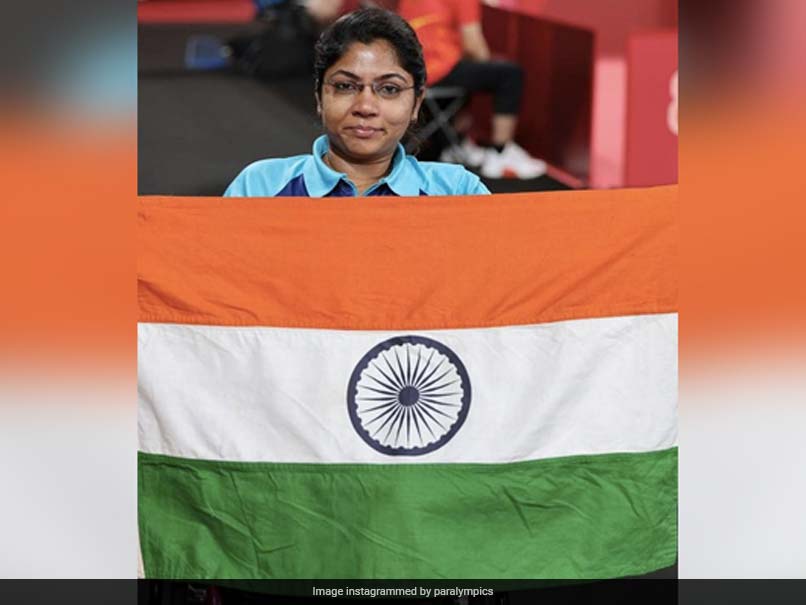 Dushyant Chautala, the President of the Table Tennis Federation of India (TTFI) on Sunday said that the federation will award Tokyo Paralympics silver medallist Bhavinaben Patel with Rs 31 lakh. India's para table tennis player Bhavina won silver as she lost the gold medal match to China's Zhou Ying 3-0 in the women's singles - Class 4 in the ongoing Tokyo Paralympics on Sunday. With this silver medal, Bhavina is the first table tennis player ever to win a medal at the Paralympics for India and the second female athlete after PCI chief Deepa Malik to achieve this feat. Malik had won silver at Rio 2016 in women's shot put.

"TTFI will give Rs 31 lakhs to Bhavina Patel for winning a Silver medal at Paralympic Games," said Chautala during a press conference on Sunday.

After scripting history in Tokyo Paralympics, paddler Bhavina Patel said she is disappointed on not giving her hundred per cent in the gold medal match.

"I am very happy on one side and on one side I was very nervous, so that's why I wasn't able to give my hundred per cent in the match. I am not satisfied and a little bit disappointed. But I will fulfill all the shortcomings in the next tournament," Bhavina told ANI after the match.

Talking about her mental composure and resilience during the match against the Chinese, Bhavina said, "I am able to control my mind very well. It's not a big thing for me. But this was my first experience."

"The Chinese player played very well. She had a very fast moment and have a huge experience so that's why I was nervous," she added.

"I tried to give my hundred per cent but I wasn't able to give and that's why I am disappointed. If I gave more effort, definitely I would have done it [win gold]," she concluded.

Comments
Topics mentioned in this article
Olympics 2020 Olympics India Table Tennis
Get the latest updates on ICC T20 Worldcup 2022 and CWG 2022 check out the Schedule, Live Score and Medals Tally. Like us on Facebook or follow us on Twitter for more sports updates. You can also download the NDTV Cricket app for Android or iOS.