Suyash Jadhav had a disappointing outing in men's 100m breaststroke SB7 final at the Tokyo Paralympics as he was disqualified for a rule violation. 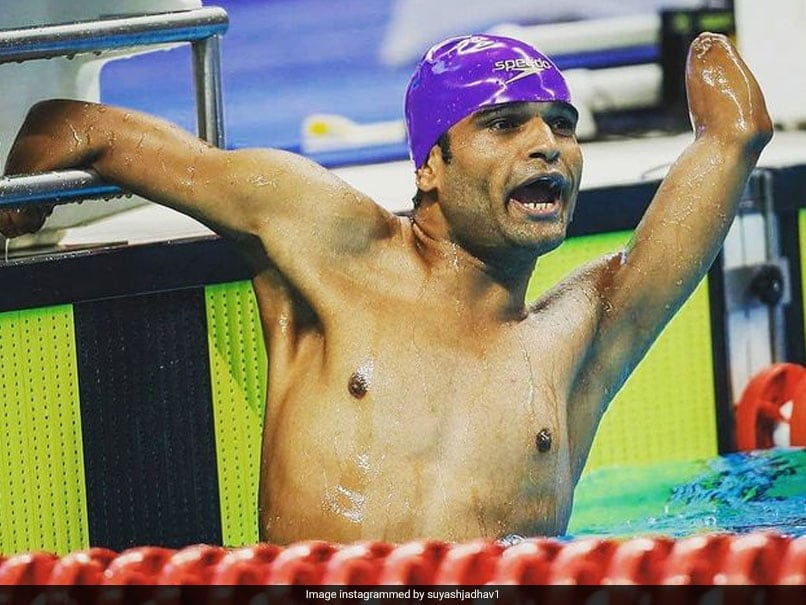 Suyash Jadhav was found to have "performed more than one fly kick after the turn".© Instagram

Indian para swimmer Suyash Jadhav endured a disappointing outing in the men's 100m breaststroke SB7 final of the ongoing Paralympic Games as he was disqualified for a rule violation in Tokyo on Wednesday. Jadhav, who won a gold in Asian Para Games in 2018 along with two bronze medals and a silver in the 2016 German Swimming Championship, was disqualified as he didn't comply with World Para Swimming's rule number 11.4.1, which states that "at any time prior to the first breaststroke kick after the start and after each turn, a single butterfly kick is permitted."

The 27-year-old Jadhav, whose two hands were amputated below the elbow at the age of 11 due to electrocution, was found to have "performed more than one fly kick after the turn".

The gold in this event was won by Serrano Zarate CD of Columbia with a personal best timing of 1:12.01s.

The silver and bronze were bagged by Egor Efrosinina of Russian Paralympic Committee (RPC) with a timing of 1:16.43s and Australia's Blake Cochrane, who clocked 1:16.97s respectively.

Swimmers in S7 class have limited leg function or are missing a leg or parts of both legs, or have amputations and cerebral palsy.

SB stands for breaststroke. Jadhav had missed out on his first event -- the 200m individual medley SM7 -- on Friday as he was suffering from cold and sore throat. He will compete in the 50m butterfly S7 event on Friday.