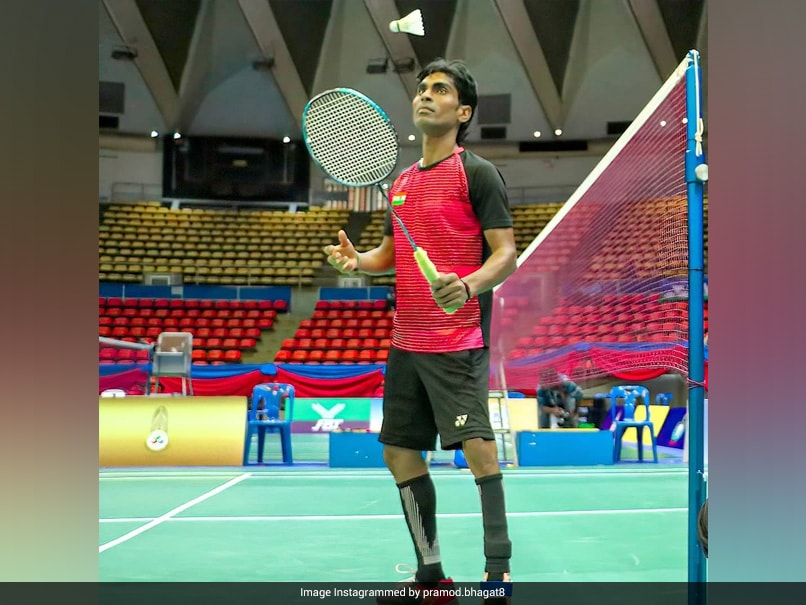 Reigning world champion Pramod Bhagat on Saturday stormed into the men''s singles finals of the badminton event after beating Japan's Daisuke Fujihara in straight games at the Tokyo Paralympics here. The 33-year-old, who is also the world no 1 and current Asian champion, secured a 21-11 21-16 win over Fujihara in men's singles SL3 class semifinals that lasted 36 minutes. With badminton making its debut at the Paralympics this year, Bhagat thus became the first Indian to qualify for the gold medal clash in the sport.

With only half of the court being used in this classification, the two players engaged in a lot of long rallies and Bhagat came up on top most of the time.

Bhagat, top seed, lagged 2-4 early in the opening game but a series of overhead drops helped him claw back. The two were on even keel at  8-8 before the Indian entered the interval at 11-8.

After the break, he continued his good run and eventually pocketed the opening game with six straight points.

It was a Bhagat show in the second game as well as the Indian led all the way to come up trumps.

Bhagat will pair up with Palak Kohli for their mixed doubles SL3-SU5 semifinals later in the day.

Bhagat, who had developed a defect on his left leg after contracting polio at the age of 5, has won a total of 45 international medals, including four world championship golds.

In the 2019 edition at Basel, Bhagat had won gold medals in both singles and doubles events.

In the 2018 Asian Para Games, he won two medals - a gold and a bronze. He topped it up with two gold medals and one silver medal at the IWAS World games in 2019.

He clinched two gold medals at the BWF Para World Badminton Championships in Basel, Switzerland in 2019.

This year, Bhagat had claimed two gold medals at the Dubai Para Badminton tournament in April when the sport returned after a year-long break due to the pandemic.

Bhagat, who won the singles gold and also paired up with Manoj Sarkar to clinch the men's doubles gold in SL4-SL3 category.

Comments
Topics mentioned in this article
Badminton Olympics 2020 India Olympics
Get the latest updates on ICC Women's Cricket World Cup 2022 and IPL 2022, check out the Schedule , Live Score and IPL Points Table. Like us on Facebook or follow us on Twitter for more sports updates. You can also download the NDTV Cricket app for Android or iOS.