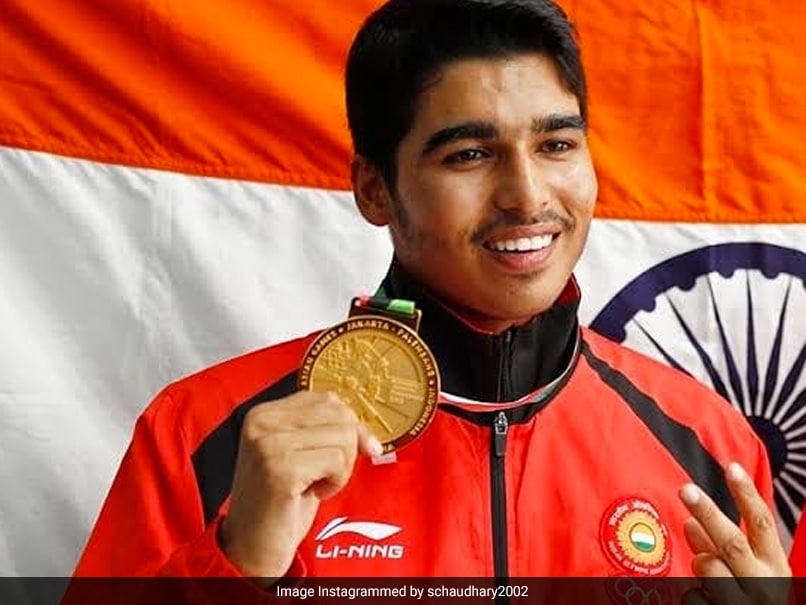 Saurabh Chaudhary is India's top medal prospects in shooting at the Tokyo Olympics, considering his recent numbers and career rise. He is undoubtedly one of the best shooters from the Indian contingent heading to the Tokyo Games. The pistol marksman, who hails from Meerut, has eight World Cup gold medals including both individual and mixed team events. The 19-year-old has been in the limelight since the 2018 Asian Games when he became the youngest shooter from India to win a gold medal in 10m air pistol event.

In the very same year, he also won a gold medal at the Youth Olympics Games.

Chaudhary's career graph took off after the 2018 success. He made his mark at the 2019 ISSF World Cup, winning two gold medals in the individual category and four in the mixed team event. The ISSF achievement also confirmed his ticket to the Tokyo Olympics.

Chaudhary's recent performances saw the shooter again impressing at the Croatian leg of the 2021 ISSF World Cup that was held in Osijek last month. There he won a silver and a bronze in 10m air pistol mixed team and individual event respectively.

The Government of India also conferred Chaudhary with the Arjuna Award in 2020.

This time the teenager will be spearheading India's hunt for gold in 10m air pistol event at the Tokyo Olympics.

Comments
Topics mentioned in this article
Saurabh Chaudhary Shooting Olympics 2020 India
Get the latest updates on ICC T20 Worldcup 2022, check out the Schedule and Live Score. Like us on Facebook or follow us on Twitter for more sports updates. You can also download the NDTV Cricket app for Android or iOS.