Tokyo 2020: Lovlina Borgohain assured a second medal at the Olympics for India with her quarter-final win while PV Sindhu marched into the semi-finals. 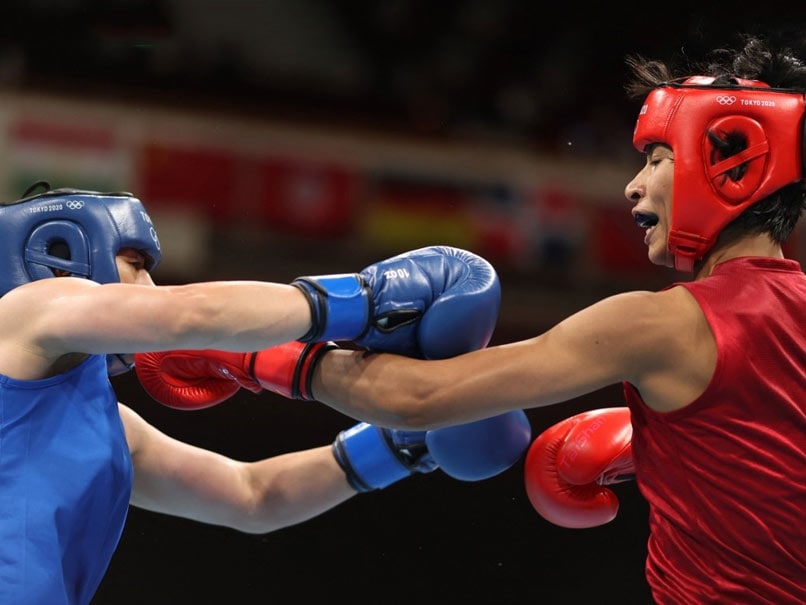 Debutant boxer Lovlina Borgohain (69kg) provided the spark that India's Olympic campaign desperately needed with a medal-clinching quarterfinal win, while ace shuttler PV Sindhu re-asserted her status as one of the greats of the sport as the country's athletes enjoyed a largely successful day 7 at the Games here on Friday. Borgohain, all of 23 and already two-time world championship medallist, took a big step in making her own space in the Indian women's boxing's landscape, which has been largely dominated by the iconic MC Mary Kom.

She defeated former world champion Nien-Chin Chen of Chinese Taipei to become the first among nine Indian boxers in fray here to be assured of at least a bronze.

"Isi ladki se 4 baar haar chuki hun (I had lost to her four times earlier), all I wanted to do was prove a point to myself by being fearless against her. I was just looking for revenge," she said with a wide grin after the fantastic win which has triggered celebrations across the country.

Later in the day, Sindhu did what she does at big events, turn on the style and move ahead.

So she overcame a draining challenge from Japan's Akane Yamaguchi to prevail in straight games, the scoreline not quite reflecting the remarkable duel the two ladies were engaged in.

A win in the next round will set her up for at least a silver medal, which she had also won in the 2016 edition.

The hockey teams had a good day too. Already assured of a quarterfinal berth, the men were clinical in their 5-3 thrashing of Japan in their final group match. They will face Great Britain in the last-eight stage.

The women too kept their hopes of moving ahead alive with Navneet Kaur scoring a late winner against Ireland for a 1-0 win.

On to the disappointments then and after two days of some great results, archery was a heartbreak on the day.

World number one Deepika Kumari's quest for an Olympic medal ended in disappointment for the third time as she surrendered tamely to Korean top seed An San in straight sets in the quarterfinals.

It was all over in six minutes.

The fancied Indian misfired three 7s in a row, after drilling in as many 10s in succession, to snuff out any chance of a comeback after being 0-2 down in the opening set.

An, who had a perfect opening set of 30, closed it out despite shooting in the red-circle thrice in succession (7-8-9) in second and third sets.

There was little to celebrate in athletics as well with Avinash Sable shattering his own 3000m steeplechase national record being the only bright moment.

But he failed to qualify for the final, bad luck being a factor, while sprinter Dutee Chand produced a below-par performance to make an exit from the Games.

MP Jabir also brought up the rear in men's 400m hurdles while the mixed 4x400m relay team finished eighth and last in the second heat race as the Indians made a disappointing start to their athletics campaign.

The 26-year-old Sable failed to qualify for the final despite clocking a better time than the top three in another heat race.

He clocked 8 minutes 18.12 seconds in heat number 2 to finish seventh and better his earlier national record of 8:20.20 that he had set during the Federation Cup in March.

But he was unlucky to miss the finals cut as only the top-three finishers from each heat gain automatic entry. The top-three from heat number 3 ran in slower time than him.

Sable ended seventh next best across all the qualifying heats and 13th overall.

Dutee was nowhere near her best as she clocked 11.54 seconds in 100m, well outside her national record of 11.17 seconds -- also her season's best -- to finish seventh in heat 5 and 45th overall out of 54 competitors.

The golf course was not a particularly happy place either as Anirban Lahiri endured an erratic day at the course and was even-par after 16 holes before the second round was suspended due to persistent thunderstorms over the east course of the Kasumigaseki Country Club.

India's other player in the field, Udayan Mane (69), shot 2-under 69 with the help of three birdies on the back nine after being 1-over for the front nine. He is Tied-57th.

There was no end to misery in shooting and Manu Bhaker and Rahi Sarnobat crashed out of the 25m pistol qualifications (rapid fire stage) finishing outside the top-8.

The pistol shooters will return home empty-handed for the second straight time at the Olympics.

On Saturday, world number one boxer Amit Panghal (52kg) will open his campaign in the Olympics, while woman pugilist Pooja Rani (75kg) will fight for a place in the medal rounds.

Comments
Topics mentioned in this article
Olympics 2020 India Lovlina Borgohain Boxing Olympics
Get the latest updates on IPL 2021, check out the IPL 2021 Schedule and Indian Premier League Live Score . Like us on Facebook or follow us on Twitter for more sports updates. You can also download the NDTV Cricket app for Android or iOS.