Tokyo Games: "We Are Olympic Medallists, Will Try To Make Winning A Habit," Says PR Sreejesh 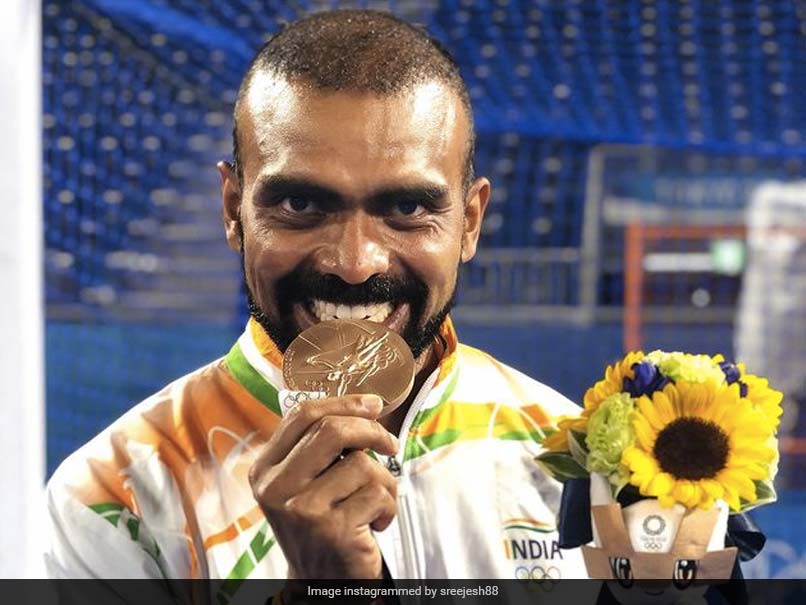 India men's hockey goalkeeper PR Sreejesh on Monday said that the bronze medal win at the Tokyo Olympics can be seen as the "rebirth of Indian hockey". "Unfortunately, we could not reach the finals, but we managed to win bronze, I feel this is a rebirth of Indian hockey. Definitely, we always play to win. We are Olympic medallists now and from now on, we will try to make winning a habit. We have to qualify for the next Olympics so the next Asian Games would be important. We would host the next World Cup, so we will like to do well there as well," Sreejesh told ANI.

The Indian men's hockey team, which ended a 41-year medal drought by clinching a bronze medal in Tokyo, rose to 3rd in the International Hockey Federation (FIH) World Rankings, behind Belgium and Australia, respectively.

Before this feat, the Manpreet Singh-led side's career-high ranking was No.4, which they achieved in March 2020 on the back of their scintillating performances in the first three rounds of the second edition of FIH Hockey Pro League 2020.

Manpreet and Co. finished second in Pool A winning four out of five group phase matches and defeated Great Britain 3-1 in Quarter-Final before losing 5-2 against Belgium in their historic Semi-Final.

However, they staged a remarkable comeback to grab a 5-4 win over Germany to clinch a historic Bronze medal at Olympic Games and as result climbed up to their best-ever world ranking.

Comments
Topics mentioned in this article
India PR Sreejesh Hockey Olympics 2020 India
Get the latest updates on India vs South Africa and check out  Schedule, Results and Live Score. Like us on Facebook or follow us on Twitter for more sports updates. You can also download the NDTV Cricket app for Android or iOS.