Tokyo Games: After failing to a get medal in Tokyo Olympics, Indian archer Deepika Kumari said that she needs to stop buckling under the pressure of performing and look her game in a different perspective to deliver desired results in the future. 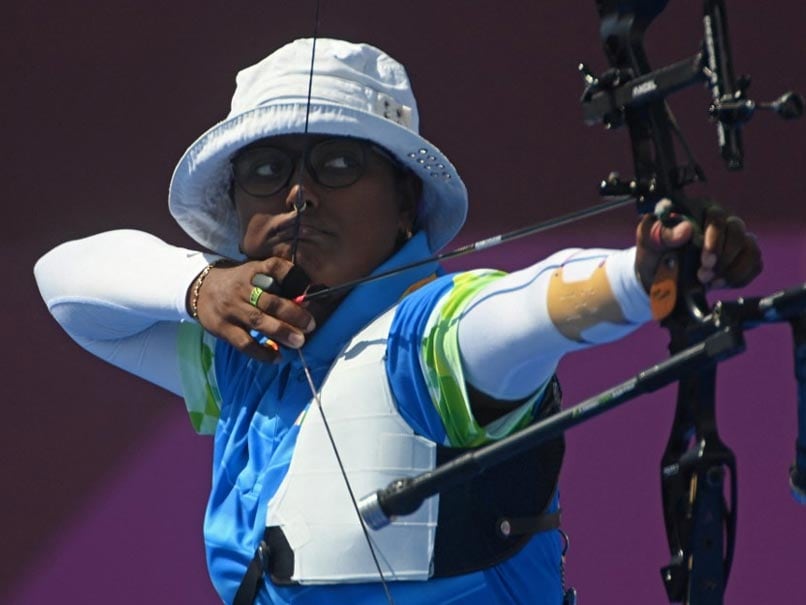 Ace Indian archer Deepika Kumari on Monday confessed that she needs to stop buckling under the pressure of performing at the Olympic Games and approach the biggest sporting stage from a different perspective to deliver desired results in the future. In the form of her life after winning five World Cup medals this year, the 27-year-old carried the hopes of 1.3 billion Indians to get the sport their first Olympic archery medal in Tokyo. But it turned out to be anti-climactic as she fizzled out without putting up a fight in both her individual and mixed pair quarterfinals encounters to cap yet another horror Olympic campaign.

"Woh paanch ring ka pressure, haavi ho ja raha hai -- pressure of the five Olympic rings is becoming a bit too much," confessed Deepika in an exclusive interview after returning to Kolkata. Deepika said she has understood that instead of running after the medals, they need to work on 'enjoying the moment' at the Olympics, something they lack.

"It's high time that I introspect into my game and see it in a different perspective now. There are certain things we are lacking too much. Basically, we need to change the perspective of our games."

"We've to see all games equally, be it World Cup, World Championships or the Olympics. But there we think too much about a medal. We have to take it easy and enjoy the moment."

"In the World Cup or World Championships too, the medal is the ultimate goal but we never keep thinking about it. But once we reach the Olympics, we are not able to get over the thoughts of winning a medal. We need to work on it."

She was referring to her quarterfinal loss to Korean 20-year-old An San in straight sets lasting less than six minutes.

An San, who ended up winning the gold en-route to making a clean sweep of three medals, also looked under pressure against Deepika and shot 26 in the last two sets. But Deepika was worse as she misfired three 7s and one 8 in a row to concede the match in meek surrender.

Five and half a hours before that, Deepika was at her best and eliminated Russian veteran Ksneia Perova, hitting a 10 to win a thrilling shoot-off.

"I just rested in the break and wanted to keep myself calm for the match. But I don't know what happened there all of a sudden," she said of the three 7s.

"I was shooting very well and satisfied with my release but the arrows simply did not hit the center -- that's a mystery. Both me and Mim Sir (coach Mim Gurung) were clueless."

Like her husband and India's number one archer Atanu Das, Deepika also echoed that having a psychologist would have helped.

"It would have been a great help. We needed someone to boost ourselves morally," she said.

Deepika and her husband will next shoot in the next month's World Cup Final after missing out on the selection trials for the World Championships.

India will have a new-look squad at next month's Archery World Championships after none of the archers, who had participated at the Tokyo Olympics, could clear the selection trials held in Sonipat last week.

It's a team of the youngsters for India at the World Championships. The women's team has Ankita Bhakat (23 years), Komalika Bari (19), and 17-year-old upcoming Haryana girl Ridhi Phor.

Deepika, who failed to make the cut in the trials after finishing fourth behind the uncapped Riddhi, said she's excited about the challenge.

"Yes, it's a tough competition now. But it's good and I'm always ready to match them. The tougher the competition, the better I become.

"To match the new generation, I've to put in double the effort. It gives me extra pressure and thrill, and I'm ready for the challenge," she said.

"It was such a proud moment to see Neeraj Chopra winning gold on the last day. It feels sad that we could not win a medal in archery, but it has been a remarkable performance by our fellow Indians. Many congratulations to them," Deepika signed off.

Deepika Kumari Archery Olympics 2020 India
Get the latest updates on T20 World Cup, check out the T20 World Cup Schedule and Live Score . Like us on Facebook or follow us on Twitter for more sports updates. You can also download the NDTV Cricket app for Android or iOS.