Tokyo Olympics: Indian fencer CA Bhavani Devi said she is expecting a tough competition at the Olympics and everything was possible during the Games. 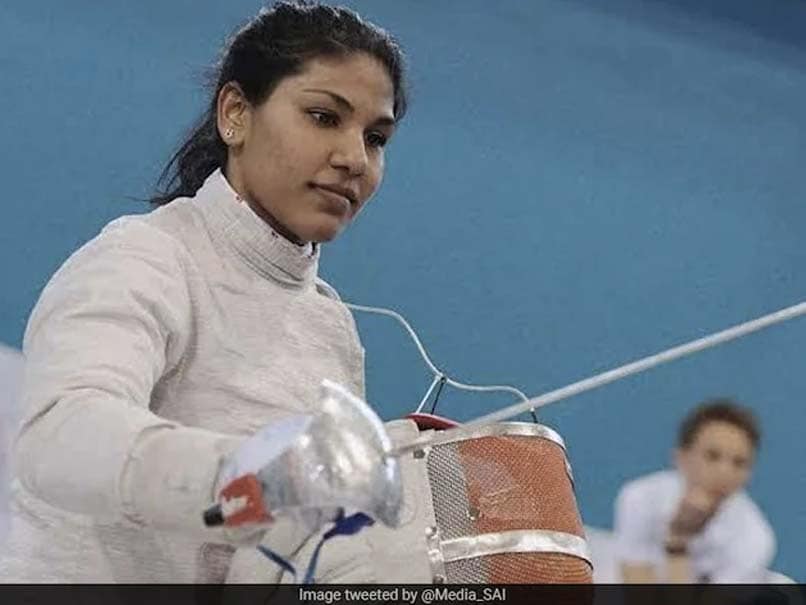 Fencing happened out of compulsion for the Tokyo Olympic-bound C A Bhavani Devi. From choosing the sport at school as that was the only option left for her, to qualifying for the Olympics, it has been one memorable as well as arduous journey for Bhavani. The 27-year-old from Chennai, who made history by becoming the first fencer from India to make it to the Olympic Games, trained extensively in Italy and is heading to Tokyo in a positive frame of mind. "Training has gone very well. I am working hard and preparing well for my first Olympic Games. Took part in some camps with the Italian national team where other international fencers too joined. I also trained in France," she told PTI in an interaction.

Bhavani, who is expected to reach Tokyo on Tuesday, is aware that the competition will be intense.

"The Olympics is a very special competition and the most important for all the athletes. So every match is going to be tough and everything is possible," she added.

Asked how the COVID-19 pandemic has affected her training schedule and if the postponement of the Olympics helped, she said, "At the beginning we had lots of confusion about tournaments and the Olympics."

"Later, I understood the situation but I wanted to be ready whenever the competition started. So I did some training at home, on the terrace. Somehow, we managed to prepare during the lockdown and once I came back to Italy, I began my full-fledged training," she added.

Having missed out on qualifying for the Rio Games in 2016, the fencer said she had put too much pressure on herself before realising the importance of staying in the moment.

"It was affecting my performance. I realised the importance of staying in the moment. Also, the experience I gained during this period made me stronger and helped me to work harder for Tokyo," she said.

When asked how she kept herself motivated during the lockdown last year, Bhavani said she managed with whatever she could, especially footwork and basic fitness workout.

"Training got affected for sure. Because for fencing you need to feel the opponent to move accordingly. But the whole world was in a pandemic," she said.

"My Italian coach will be travelling with me to Tokyo. His training helped me a lot, to improve my ranking and performance and especially this qualification. We worked together well continuously and the result of that is this qualification," she added.

Bhavani's competition in Tokyo is expected to come from the likes of Bianca Pascu (Romania), Sophia Pozdniakova (Russia), Gabriella Page (Canada), Caroline Queroli (France) and Japan's Chika Aoki among others. She said she is ready for them.

"The Olympics is a very special competition and the most important for all the athletes. So every match is going to be tough and everything is possible. I want to give my best and be ready to face it," she said.

Having her mother C A Ramani, who will be by her side in Tokyo would be a big boost, she said. Ramani has been named in India's fencing contingent and accredited as P-TAP (Personal-Training Assist Programme).

"It will motivate me to perform at my best. She has been my biggest supporter and I hope I will live up to her expectations," she said.

"My mother was there when I needed it the most. My parents backed me though we were struggling financially. Now, how I perform will be my gift to them," she added.

Talking about how she took up fencing, Bhavani said she chose it because the other options were filled by the time she joined.

"In school, there were six sports options, including fencing. All the others were filled by the time I joined and was left with fencing. It was a sport about which not many knew much and I decided to try my hand," she said, adding, "I am happy I did (try it) because now I love it."

After her initial struggles, her perseverance paid off and the fencer said winning medals in competitions outside India gave her confidence.

She also won a silver in the Tournoi Satellite Fencing Championship in Reykjavik, Iceland, twice (in 2017 and 2018), which the ace fencer said gave her the confidence to aim higher.

Comments
Topics mentioned in this article
Olympics 2020 Olympics India Fencing
Get the latest updates on IPL 2021, check out the IPL 2021 Schedule and Indian Premier League Live Score . Like us on Facebook or follow us on Twitter for more sports updates. You can also download the NDTV Cricket app for Android or iOS.