CA Bhavani Devi from Tamil Nadu on Sunday became the first Indian fencer to qualify for the Olympics. 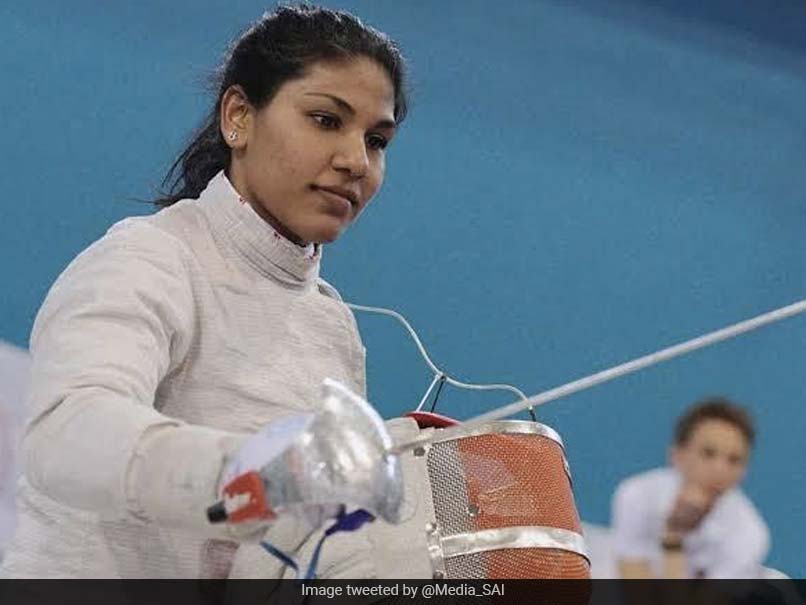 Tamil Nadu's C A Bhavani Devi has become the first ever Indian fencer to qualify for the Olympic Games. The sabre fencer secured a spot in the World Cup in Hungary after the hosts lost in the quarterfinals of the team event, allowing South Korea to progress to the semi-final. Bhavani Devi qualifies through the Adjusted Official Ranking (AOR) Method. Two individual spots were up for grabs for the Asia and Oceania region based on the World Rankings as of April 5, 2021. She is ranked 45th and occupies one of the two available slots based on the ranking.

It is a historic moment as @IamBhavaniDevi becomes the 1st ever fencer from India to qualify for the @Olympics in women's individual sabre on basis of Adjusted Official ranking at the Men's and Women's Sabre World Cup in Budapest. Many congratulations! pic.twitter.com/aCoL0L6Fbt

The 27-year-old's qualification will be confirmed when the rankings are made official on the aforementioned date.

"Congratulations to Indian fencer Bhavani Devi who has qualified for Tokyo Olympics! She has become the 1st ever Indian fencer to achieve the feat. My best wishes to @IamBhavaniDevi," he tweeted.

The eight-time national champion had failed to qualify for the Rio Olympics. However, she stepped up efforts to secure qualification for the Tokyo games and continued to train abroad in Italy under coach Nicola Zanotti before the COVID-19-induced shutdown halted the qualification process.

The Tokyo Olympics scheduled to be held in 2020 were put off owing to the COVID-19 pandemic and are scheduled to take place from July 23 to August 8 this year.

Comments
Topics mentioned in this article
Fencing
Get the latest updates on ICC T20 Worldcup 2022 and CWG 2022 check out the Schedule, Live Score and Medals Tally. Like us on Facebook or follow us on Twitter for more sports updates. You can also download the NDTV Cricket app for Android or iOS.