Deepika Kumari and Atanu Das began training a day after the first batch of India's Olympic-bound athletes landed in Tokyo. 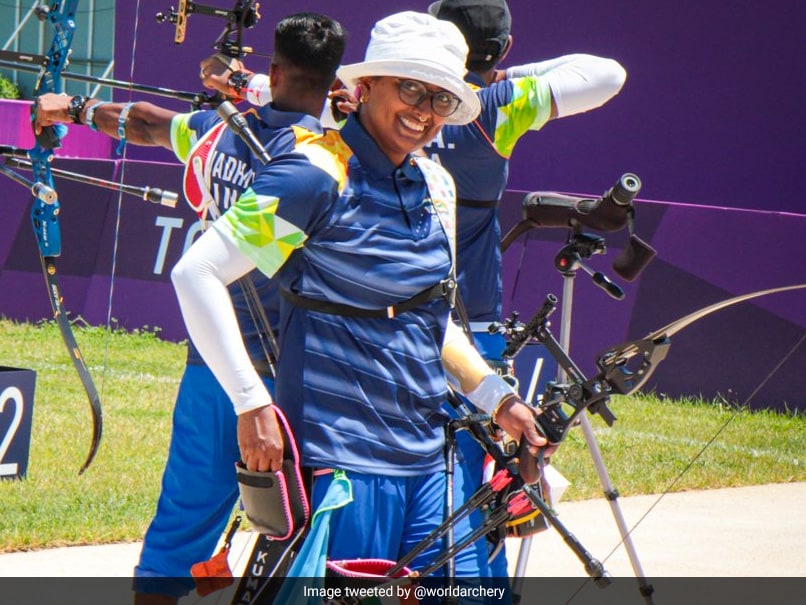 Deepika Kumari began her training in Tokyo ahead of the Games.© Twitter

India archers Deepika Kumari and Atanu Das on Monday began their training in Tokyo ahead of the upcoming Olympics. The first batch of Indian Olympic-bound athletes landed in Tokyo on Sunday and all of them will begin their training today. Deepika and Atanu form the mixed team and they kickstarted their training in order to be best prepared for the Tokyo Olympics. The Indian contingent that departed for Tokyo from New Delhi on July 17, after an official send-off at the Indira Gandhi International Airport, safely reached Japan and checked into the Olympics Games Village.

India is on the range at the @Olympics. #ArcheryatTokyo pic.twitter.com/0Fnfa4SEvr

All 88 athletes underwent COVID-19 testing at the airport and were found to be negative. Their PVC cards were also validated at the airport.

Archery is one event where India is yet to win a medal at the Olympics. However, this time around, the country is confident of its archery contingent as all four qualified competitors go into the competition having done well in their previous competitions.

Deepika Kumari Olympics
Get the latest updates on IPL 2021, check out the IPL 2021 Schedule and Indian Premier League Live Score . Like us on Facebook or follow us on Twitter for more sports updates. You can also download the NDTV Cricket app for Android or iOS.